This book is not endeavouring to win some sort of pretentious literary award for saying precisely nothing in a very erudite way – it is here to tell you, the reader, what the world of Tarja is like on a day to day basis, what she loves and hates, what her proudest moments and greatest regrets have been, and most importantly how those things all come together to make her tick.

Tarja Turunen (or simply ‘Tarja’, to be precise, in the author credit for this book) is to many people most probably still best known for her stint fronting symphonic metallers Nightwish. To her large amount of admirers, however, she has assumed greater significance since then via her catalogue of solo recordings. Right away I have to hold my hand up and admit that reading this book, and seeing some of the photos therein, has surprised me as to the global popularity of Tarja. I came into this familiar with a couple of her solo recordings, but was unprepared for not only the breadth of material but also the obvious stature in which she is regarded. Tarja’s extremely operatic, ‘classical’ singing style, when married to the metal and rock which make up the majority of her material, can be divisive with some people, and I had mistakenly believed that this would translate to a lack of truly global mainstream success. I was wrong, and this book shows me some of the reasons why.

Right away it has to be said that most of the material Tarja touches seems to bear the hallmarks of pomp, grandeur and opulence. This theme is carried through into the book, as it is a wonderfully tactile thing, from its shiny, embossed cover, through its glossy, thick paper quality, wealth of illustrations and even the nice touch of an integrated woven bookmark. Even before reading a single word, this is clearly A Handsome Thing, and one to be displayed in a position of prominence. It’s what they used to call a ‘coffee-table book’ (and perhaps still do, who knows?), and something to look at just as much as to read. It’s satisfyingly weighty as well, with the heft of the paper quality giving it more ounces for your buck, as one might say. So, all the first impressions are good, so how does it stack up once you begin to read it?

In fact, I can happily report that the book is an extremely entertaining and informative read. The style is very casual, almost as if Tarja is sitting down with you and taking you conversationally through her life and career. There’s no pretence at flowery phrasing or poetic pretensions here at all – this is a book to be read and enjoyed, rather than to marvel at the cut and thrust of the sentence construction and breadth of vocabulary. And it works perfectly for that. When you are taken through Tarja’s childhood years in a small village in Finland, travelling to a nearby town to school, at which she experienced some bullying, you really feel as if she is imparting some choice snippets of information just to you, almost conspiratorially. You get drawn into her world, and find yourself sharing her triumphs and occasional failings and setbacks along with her and becoming genuinely invested in the tale. This book is not endeavouring to win some sort of pretentious literary award for saying precisely nothing in a very erudite way – it is here to tell you, the reader, what the world of Tarja is like on a day to day basis, what she loves and hates, what her proudest moments and greatest regrets have been, and most importantly how those things all come together to make her tick. Put simply, it takes the two-dimensional ‘rock star’ persona from album covers and concert stages and makes it into a living, breathing, three-dimensional woman.

You won’t find much in the way of scandal or dirt, particularly from what was at the time a somewhat ill-tempered dismissal from Nightwish. Instead, Tarja comes across as essentially a positive person, taking more joy from focusing on those who enrich her life rather than seek to diminish it – which is a pretty good creed to live by when it comes down to it. That isn’t to say that dark times aren’t given their due, however. I for one was unaware of the fact that she actually suffered a stroke in 2019, saved from lasting damage only by quick-thinking and prompt medical attention. This is dealt with without shying away from the impact of it, without ever descending into self-pity or bitterness. The message throughout this book is that life is for living and changing those things which we have the power to do. It is clear that Tarja possesses an ego, as all artists do. She is openly confident and sure in her ability and the quality and appeal of her work, but this is never allowed to spill over into self-aggrandising arrogance. It would be impossible to sing in the way that she does without complete self-belief in the power of the instrument she has been given: namely, her voice. We do learn, however, how hard she has to work to maintain that voice. You certainly won’t hear any tales of Jack Daniels and cigarettes here, that much is for sure!

Visually, the photographs throughout the book are both fascinating and visually impressive. All are captioned to thoroughly explain what is going on and who is pictured, right down to the bizarre photo of her sitting on a toilet in startling white make-up, captioned ‘I didn’t lock the door!’ – I don’t imagine anyone was expecting that! There are visually stunning photos including video stills against breathtaking Icelandic scenery, dramatic onstage shots capturing the power of a show, or beautifully lit and designed album cover photo-shoots – but there are also candid shots, and photos illustrating the less glamorous side of things (lying in the snow for a video, gradually losing all sensation through the freezing cold for example).

If you’re a fan of Tarja’s work, you will need to have this book. It will bring those records and shows to life with a contextual vibrancy otherwise lacking, and can only enhance your enjoyment of them. That much is probably a no-brainer, to be fair. Where the book also scores, however, is with those like myself, aware of the artist but not of the breadth of her work. The book takes you through the recordings of her mainstream rock albums of course, but also through her classical singing, and Christmas albums – reflecting the darker side of the festive period for those not predisposed to jollity and happiness at the holiday time, in what is a very refreshing way. It has certainly made me want to seek out some more of her catalogue, and hear for myself some of the fascinating-sounding performances discussed in these pages. A small gripe would be that, for such a visually impressive book, the discography at the end is accompanied by photos of all variants of album and single covers, but in such a tiny form that postage stamps are large by comparison. Considering these images are discussed at length, and not always included in the main body, space should have been made for them to be somewhat larger to say the least. That’s a detail really, but something thrown into sharp relief by the sheer visual splendour of the rest of the book.

I thoroughly enjoyed this book. If you’ve read up to this point, chances are that so will you. There is a ‘signature edition’ for those whose taste, and budget, runs to extra opulence – but rest assured that even the standard edition of this is not far off a textbook example of how to present this sort of thing. It’s very, very nice. 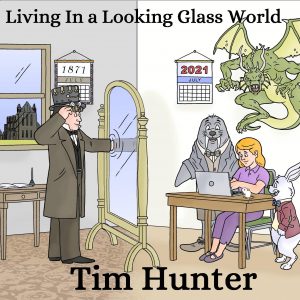