The prog metal world is split into two halves but one half will be much larger than the other (is that even mathematically possible). On one side you have those who know and worship the Australian band Teramaze whilst the other is still blissfully unaware of this quite incredible band. Those already in the know will be sat back and adopt a rather smug expression because they know that they are onto something big that most music listeners have not yet picked up on and, hopefully, Sorella Minore will/should start to change the imbalance.

Coming out of Melbourne in Australia, the band was formed in 1993 and was originally known as Terrormaze but subsequently changed it to Teramaze and has now released seven quite excellent albums to date with the concept work Her Halo which came out in 2015 being considered as the bands masterpiece, their Operation: Mindcrime, if you will. OK, that may be stretching it just a little but it is a truly exceptional progressive metal masterpiece and the closest comparisons to Her Halo would be the equally exceptional Mercy Falls by Sweden’s Seventh Wonder.

There have been many changes since the band first set out with the only original member being band founder Dean Wells on vocals, guitar and keyboards with Andrew Cameron on bass, Chris Zoupa on guitar and keyboards and Nick Ross on drums; the names may have changed over the years but the bands core sound has remained and so has the reputation for producing the highest quality prog metal. So we now come to the bands eighth album Sorella Minore which sees the band pick up again on the Her Halo concept with the new album, effectively, being part 2 of the story arc which concerns the tragic tale of two sisters and a certain amount of demonic interaction between the characters involved.

The album kicks off with the lengthy and most epic title track, a near 26-minute tour de force of real Dream Theater, Shadow Gallery type majesty. For this burning and dazzling pot boiler the band utilised a further three vocalists with Wells being joined by Nathan Peachey, Silvio Massaro (Vanishing Point) & Jennifer Borg (Divine Ascension) to make this a real blockbuster of a tale as the singers and band run the full gamut of emotional rage and redemption. The playing is off the scale with outstanding vocals and Wells and Zoupa combine magnificently on guitar with exquisite keyboards being used as perfect counter-point. Every musician has bought into the concept body and soul and all play as if possessed which is, perhaps, ironic given the demonic elements involved in the storyline. Sorella Minore is a wonderful progressive metal album and the perfect companion to Her Halo but it also stands as a perfect work in its own right too.

Get the album as it is sheer genius and then pick up on the bands other albums at your leisure and then you too can adopt the smug demeanour of someone who knows a thrilling secret that others are missing out on! 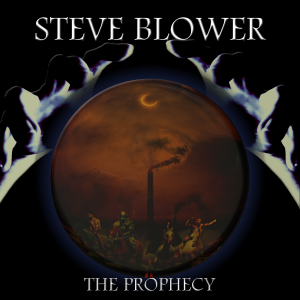