This is the debut album by the new progressive metal band Terra Odium featuring a host of well honed musicians from the Norwegian metal scene. The band was put together by the team that is vocalist and guitarist Øyvind Hægeland (Spiral Architect, ex-Arcturus) and guitarist Bollie Fredriksen and you may already know of them through their previous work with Manitou in the mid ’90s. The band is further made up of Asgeir Mickelson on drums, Steve Di Giorgio on bass and Jon Phipps supplying orchestration & synthesizers. They all have impressive CVs with Mickelson having experience with Spiral Architect, Veil Of Secrets, ex-Ihsahn, ex-Borknagar, Di Giorgio with Testament and Death and Phipps with Dragonforce, Moonspell and Angra. The band has also brought in guest vocalist Kjetil Nordhus of Tristania to add a deep and ominously dark flavour to the proceedings.

When writing the material Hægeland has confirmed that he wanted the band to have an old school progressive metal sound and to take a step back from the heavy keyboard, symphonic approach that so many bands have these days. In that, Terra Odium has succeeded as this is more of a churning, sprawling guitar riff driven metal that wraps you in its dense and heavy sound that squeezes and constricts you into submission. There is a dark undercurrent too but this band is from Norway so there has to be a touch on nihilism or it just wouldn’t sound right. In truth, this is a huge and monolithic slab of dense, deep progressive metal that may not be as uplifting, life-affirming and immediately accessible as Dream Theater or Queensryche but it is every bit as valid but there is something of the night about Terra Odium and their intention is to unsettle and ask questions to which there may be no answers. As such, they are more Leprous, Opeth, Watchtower and Pain Of salvation than Fates Warning but all fly under the same flag and all are quite brilliant bands in their own separate ways. The riffs are huge and come crashing around you like some musical tsunami from which there is no escape yet there is always that sense of melody, no matter how deep it is hidden, combined with a bruising technicality from a team of musicians seemingly without peers.

Terra Odium does not follow a template and have taken progressive metal in a different direction which gives them something of a uniqueness that allows then to stand out and if you are looking for some outstanding but equally challenging metal then look no further than Ne Plus Ultra, an album that has all the necessary attributes of a future classic. Sometimes, the mould has to be broken to allow for something new to be made! 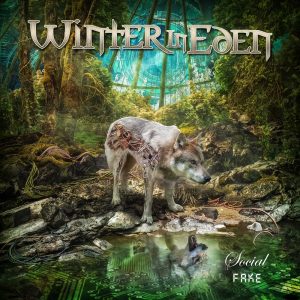 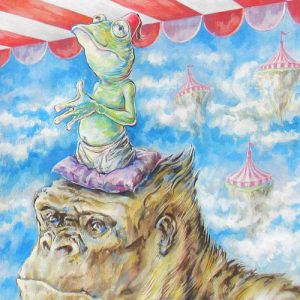