Calling all fans of classic Southern Rock! The Allman Betts Band release their second full-length studio album titled Bless Your Heart on Friday 28th August. The album is released on BMG records, and follows on the heels of the first single, Magnolia Road, which came out in June. The new album is available to pre-order from https://theallmanbettsband.lnk.to/BlessYourHeart and https://amzn.to/2NKWYz5

To summarise: In November 2018 the sons of Gregg Allman and Dickey Betts (Devon and Duane), having served their time separately as ‘half-decent’ musicians in their own right, felt the time was right to play together so they announced the formation of The Allman Betts Band. They kicked off 2019 with their debut Allman Betts Band album and a worldwide tour that featured new music, songs from their solo projects and classic Allman Brothers and Gregg Allman tunes in honor of the 50th Anniversary of The Allman Brothers. When Down to the River was released in June of that year, it represented not only the first time the group had recorded together but, in fact, the first time the seven-piece ensemble had ever played together!

If their debut was the sound of the band creating sparks, then Bless Your Heart is their bonfire, built for the summer of 2020 and beyond; a seventy minute (double-album) follow-up powered by road-forged camaraderie and telepathic musical intensity, all drawing inspiration from the ‘symbolic hometown’ that characterises the band’s heritage.

A melting-pot of influences and invention, confidence and ambition, Bless Your Heart provides a sweeping, panoramic view throughout a baker’s dozen of modern rock tracks. Ragged and stomping. Heady and frayed. Soaring and scorching. Generational and genteel. West Coast scenes and Gulf Coast shores. All Midwestern and Southern life is here, recorded in just over a week at the legendary Muscle Shoals Sound Studio.

This is an eclectic selection of songs, and in addition to the familiar battery of guitars (electric, acoustic, and slide), laconic vocals and a pounding, percussive rhythm section, there are plenty of fresh angles.

The single Magnolia Road is an obvious contender for a summer favourite, evoking the band’s affection for The Band and The Grateful Dead, but my personal vote goes to the opening track, Pale Horse Rider. I’m not completely sure who sings which vocals throughout this album, but I’m guessing this one’s Devon – and the spirit of Ronnie Van Zant would surely approve of this one. It’s launched with a simple but beautiful guitar lick underpinned with rumbling chords and rhythm work redolent of Neil Young’s backing band Crazy Horse (which is quite ironic, thinking of “Southern Man”!). Devon Allman apparently told Rolling Stone Country that Pale Horse Rider was really fun to write, based purely on Duane’s “almost vertigo-inducing descending melodic pattern”, and I can’t think of a better description of the main riff! It’s anthemic and Grrr-eat!

Carolina Song is another sweet interplay of lead and rhythm guitar, Devon again on vocals, you just know you’re in for a Good Time with this album! King Crawler then has (I think) Duane on lead vocals, equally on the button but refreshingly different – three or four singers taking turns certainly adds something to an album. This track bounces along in a real honky-tonk style, a touch of the Stones with a big brass backing section. Ashes of My Lover is again “Duane” on vocals, a slower, mournful saga of romance and wreckage, inflected with trail-dusted harmonica adding to the cinematic Badlands feel. You can smell the desert!

And then there’s the twelve minute long, almost jazzy, work-out Savannah’s Dream. It’s basically a fairly fast-paced instrumental jam session, led by Duane’s fiery fingers, but orchestrated and flowing so that it rises and falls, hugely listenable and never over-staying its welcome.

Airboats and Cocaine is another loose, mid-tempo number, a little like Black Crowes. It tells a tongue-in-cheek Southern Gothic tale of a girl born into the wrong family and her guy regretting his incidental associations with the underbelly of swampland contraband. Great lead and slide work, a nice timbre. Southern Rain follows, similar tempo, soaked in bluesy organ. Rivers Run is pure Allman Brothers, all harmonies and sunshine.

Magnolia Road could be Richard Ashcroft! It shares that sense of multi-layered arrangements for guitars, percussion and smoothly tuneful vocals – very nice! Should We Ever Part chugs along nicely, before The Doctor’s Daughter, another longish number which develops organically, it features bassist and singer Berry Duane Oakley’s ABB vocal debut on his own song. The thing is, this band know each other inside out and instinctively create arrangements and partnerships throughout all their work. Bend your ear to the ‘spanish’ guitar work here, it’s peachy! Much Obliged then sounds straight out of the Johnny Cash tome of songs, Devon’s vocals being positively baritone. Congratulations closes the album, one of those timeless piano-led slow blues-rock songs.

Music is simply in the DNA of these guys, it’s instinctive, and the result is an album that absolutely smashes that “difficult second album” tag, and stamps on it by being a double. Duane thinks they really challenged themselves, pushed themselves artistically, and widened the spectrum on all levels, looking for a deeper experience. Devon Allman sums the album very well: ‘I hope what people hear on Bless Your Heart is a band that’s having a love affair with being a band.’

Cant say fairer than that! 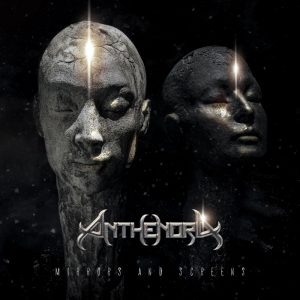 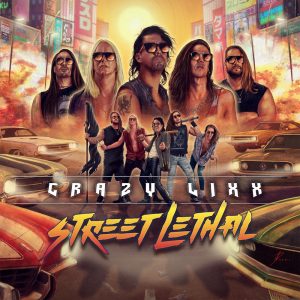