Mick got puffed up and aggressive and said, ‘you realise I could take you down with one punch.‘ To which I said, ‘OK, Mick, if you have to do this…’ So begins the tale of what happened the day in 1968 when Ian Anderson told Mick Abrahams he was out of Jethro Tull. One of many such tales chronicled in The Ballad Of Jethro Tull, an insightful new oral history of the band from childhood to present day. Due in November, the elegant, 224 page hardbound book is loaded with over 200 photographs and scores of fascinating quotes from the sometimes jolly… and sometimes grumpy Jethros. Far from any sort of attempt at revisionism, Ballad is instead an honest, unsanitised and often surprising account of life in and out of the Tull juggernaut, directly from the mouths of the major players themselves – who still recall their tenures with crystal clarity. Anderson, Abrahams, Martin Barre, Dee Palmer, John Evans, Barriemore Barlow, Jeffrey Hammond, Dave Pegg, Clive Bunker, Doane Perry, Terry Ellis and Chris Wright all weigh in, providing the candid narrative throughout this journey across Tull’s storied career.

Often with such retrospectives, the early and definitive periods of a band’s history get the lion’s share of the attention while later years get somewhat glossed over, and such is the case here. The vast majority of the book (roughly 80%) deals with the years from before the band’s inception to the Under Wraps period. Of course, that classic and prolific era is what the majority of fans will be most eager to read about, and there are fresh, new quotes in abundance about each and every album along the way. But that smaller contingent of admirers who also harbour a fondness for the later albums will find that they are given little recognition by comparison. In fairness, there are a lot more absorbing things to reminisce about from the first one-third of Tull’s career than the latter two-thirds. Obviously the circumstances surrounding A Passion Play and the aborted Château d’Hérouville recordings will be a greater source of interest and nostalgia than, say, the recording of Catfish Rising. And certainly, tales of young rock stars touring the world in the 1970s do naturally produce more yarn spinning than those of fifty year-old men sipping tea in a recording studio. Nonetheless, the book feels rushed towards the end as the quotes become fewer, with final albums Roots To Branches, Dot Com and The Jethro Tull Christmas Album being represented by just a couple of comments each. This is a minor point, however, with such a wealth of memories shared regarding that unequaled run of albums from the late 60s through the early 80s.

The 2012 album Thick As A Brick 2 is the only solo Anderson release that gets any kind of attention here (albeit brief), but this is really only included as a way to acknowledge more recent band members with a quote or two of their own. I would have preferred some focus on his Walk Into Light album, perhaps the most underestimated work of his career (No, I don’t expect to find myself in the majority on that score), but then this is a book about Tull – not just about Tull’s front man.

Inevitably for the sleuths and interview fanatics, there are going to be some familiar quotes given and stories told (some are archival, a lot are new), but there are plenty here that I had never heard, particularly from (and about) certain band members who haven’t turned up in as many interviews over the decades as others. The band are often self-deprecating (Anderson included – even referring to himself as ‘cowardly’ at one point), down to earth, and remarkably frank with their opinions on all things Tull (Barlow: ‘I did go to see them at the Royal Albert Hall in 1981 when they had Mark Craney and Eddie Jobson in the band, and I thought it was dreadful. I walked out.’) Palmer is typically eloquent, Barre is a wellspring of information, Pegg reminisces mischievously, Ellis and Wright provide insight from their own unique perches. Evans, too, opens his mouth more than he has in years, and his quotes prove to be some of the most interesting.

Overall, The Ballad Of Jethro Tull is a distinctly attractive book, and unlike some ponderous biography where we are forced to read the author’s biased opinions and dubious ‘factual’ accounts, this is a straightforward and pleasant read. It’s a bit like the whole band gather round to take turns telling you the entire history. There will be no individual among Tull’s legion of fans who won’t find something of interest here. These fascinating memories and striking photos underscore just how much there is to love and remember about this mighty and unparalleled band, and I suspect The Ballad Of Jethro Tull will find itself under a lot of Christmas trees this year. It really would be an ideal read by the fires at midnight – after you’ve stuffed yourselves at the Christmas parties, that is…

Charming, handsome, brilliant and humble Canadian. Wine lover and Python fanatic. Prog, jazz, rock and metal listener for most of his forty-something years. 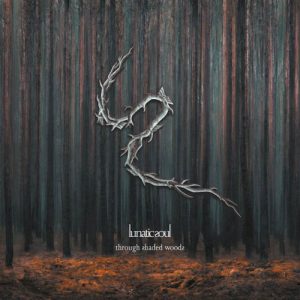