Ireland has been no stranger to musical success, from the traditional folk of The Chieftains to the Irish soul of Van Morrison and Celtic pop acts such as The Cranberries, Clannad and Enya. Punk and New Wave saw a veritable wave of Irish bands such as The Undertones and the Boomtown Rats, while politico pop-rockers U2 have been a genuine international phenomenon. An undercurrent of cross-genre acts has bubbled away for decades in the Emerald Isle, but when it comes to out-and-out rock, only three names loom large: Thin Lizzy, Gary Moore and Rory Gallagher. And as Gary Moore was a full-time member of Thin Lizzy twice, and a part-time member at least once, some would include him as a part of that band, leaving just Lizzy and Rory as the two major pillars to support the Irish rock pantheon.

The 50th anniversary of Lizzy’s debut album has been marked with the announcement of a new, luxury box set spanning their career, but what of Rory? His first recordings with classic rock trio Taste were released in 1969, so his 50th has come and gone, although he started releasing material under his own name a couple of years later, so there is still time.

In the meantime, this glorious compilation is a great start, commemorating as it does the 25th anniversary of Rory’s death in 1995 at the age of just 47. Released as a 15-track double vinyl, this version is also available as a single CD. For Gallagher gluttons though, an expanded 30-track double CD or digital download version is also available. All variations cover his entire career, from Taste’s debut through to Rory’s final studio album in 1990. The collection is not laid out in any coherent order as such; the single CD follows the same track listing as the vinyl version, so presumably it is arranged to allow the most efficient distribution across the four sides. The double CD is quite extensively rearranged, in no obvious order – it works though, with his early, folk and jazz tinged offerings thrown in cheek by jowl with the full-on power trio work. A 7” single of Rory guesting with Jerry Lee Lewis on a previously-unreleased version of the Rolling Stones’ (I Can’t Get No Satisfaction) is also available direct to the customer.

It’s worth examining the vinyl/single CD version first, because if that’s enough for you then it’s happy days. The stall is clearly set out, with two of the heavier numbers from the late ‘70s opening proceedings; Bad Penny from 1979’s Top Priority and Shadow Play from 1978’s Photo Finish. The influence of the New Wave Of Heavy Metal shows up particularly in this second track, with its chugging UFO rhythm and rocking guitar solo. Laconically-strummed chords open third track I Fall Apart from his 1971 solo debut LP, with the title track from 1976 album Calling Card presenting a funky blues finale to the first side. This one features some sweet guitar work and a jazzy piano solo.

The beginning of side two goes right back to Taste’s 2nd LP, 1970’s On The Boards – but it’s surprising how far Gallagher’s trademark style had already developed, as it starts straight in on a trademark Rory rock riff. The vocals, too, show some maturity in this well-constructed rocker with some interesting timing features adding colour at the end of each verse. All Around Man from 1975’s Against The Grain fleshes out the sound a bit more, with some great slide guitar, tinkling piano and a bit of blues harp thrown in for good measure. A Million Miles Away from Tattoo in 1973 is about as Van Morrison as it gets without being Van Morrison, while the cool and beautiful, folky 1971 ballad Just The Smile rounds off the first half of the set with a catchy hook.

Fast forward to 1987 for side three, and Rory is reverting to traditional blues. Seven Days from the Defender album is an old school acoustic foot stomper with slide resonator guitar, blues harp and no drums. Classic stuff. Jinxed from 1982 is pure pub blues-rock, with Edged In Blue from 1976 almost nudging the set briefly into country rock territory, while Philby from 1979’s Top Priority offers a different sound again. Rory plays an electric sitar on this song about the real-life cold-war turncoat Kim Philby. It’s not really a sitar at all, but a guitar-based instrument constructed to sound like a sitar, which he apparently borrowed from Pete Townshend to give this track a slightly eastern vibe.

Only three tracks populate side four – Walking On Hot Coals from Blueprint in 1973 is a classic seven-minute blues jam with a hard-rocking piano solo, while Tattoo’d Lady (sic) from the same year utilises a non-standard organ sound to evoke a fairground ambience. The main vinyl is rounded off with Crest Of A Wave from 1971’s Deuce album, a big slide guitar rocker with fast drumming and a really full sound. The Jerry Lee Lewis track is not included on the single-CD version, although it finds its way on to the 2-CD expanded edition, as does its B-side, Cruise On Out from 1978.

One notable thing about this comprehensive overview of the guitar hero’s career is just how gloriously and unfashionably primitive it all is. It’s not slick or clever; there are no gadgets; compression is light or non-existent. Rory was known to use effects pedals, but you can search the set in vain for a wah-wah solo or a phaser or chorus. There is no swearing and no dodgy cock-rock lyrics; even politics are off the table. Rory turns up in his jeans and trademark lumberjack shirt, and all he has to worry about is whether to plug in his guitar before turning on his amp or the other way round. This is not to say the man was haphazard or sloppy in his approach; the addition of piano and keyboards, harp and layered guitars testify to some strong attention to detail, as does his decision to pull a whole album in 1977 because he was unhappy with the mix – this is the set that eventually saw the light of day in remixed form as Notes From San Francisco.

For those who opt for the expanded version, the foregoing tracks are spread across both discs, interspersed with more of the same classic Rory. Highlights for this listener include the excellent, groovy blues pop-rocker Bought & Sold from 1975’s Against The Grain, and the excellent acoustic slide number Ghost Blues from Fresh Evidence in 1990. Cruise On Out could well be Dave Edmunds with its frenetic rockabilly rhythm, and the brilliant Out Of My Mind from 1971 is an unexpected cross between bluegrass and skiffle. Calling Card’s Moonchild and Top Priority’s Follow Me are two more absolute classics omitted from the main set, plus a few more Taste numbers, notably their sepulchrally-slow, anvil-heavy 8-minute take on blues classic Catfish. It also includes the rare Wheels Within Wheels from the 2011 posthumous album Notes From San Francisco.

Another notable aspect is the reversed musical trend; the original Taste material was rocky to be sure, but included jazz, country and ballad sensibilities. Rory went through a hard rocking heyday in the late seventies, but then as everyone else was experimenting with dreadful biscuit-tin drum tones and popping Casio sounds in the eighties, he was retreating into a shell of basic, classic blues. He deserves a medal just for that. This retrospective compilation is about as satisfying a biography of the man and his music as it’s possible to have, especially in the expanded version, and I love it. 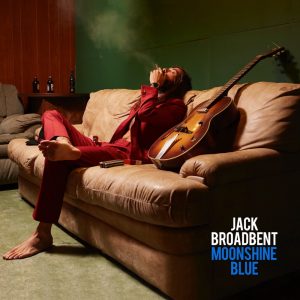 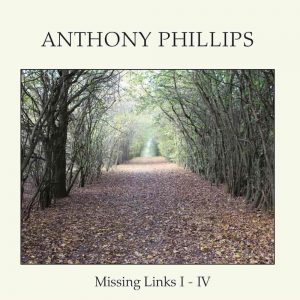 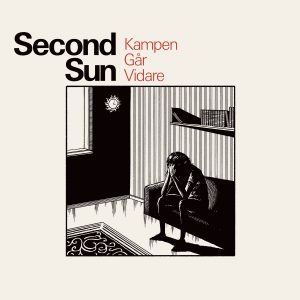