Rock’n’Roll is a trip, not a destination…we all know how the saying goes!!

To that end, 2020 will see The Dead Daisies continue on their journey with new music, performances and adventures.

The band’s 2020 Global Tour will kick off in style with a massive European Summer jaunt — the first string of dates being a combination of arena and amphitheatre shows with both Judas Priest & Foreigner, performing at some of the most famous and coveted festivals such as Graspop Belgium and Hellfest France as well as an exciting array of headline performances…kicking it off with a small, sweaty club in Essen, Germany, taking it back to basics for an essential dose of undiluted rock for the first-ever show with this new lineup!

With Glenns addition, the Daisies have supercharged their front line through his rock solid bass grooves and unmatched vocal intensity. As all fans know, the man is a true original, inducted into the Rock And Roll Hall of Fame, with a rich history of music that features some of rock’s absolute heavy weights…

“I love performing live, the moment is NOW. I’m really looking forward to going out on tour with the Daisies and playing as many stages across the planet as possible. Writing and recording the new album was euphoric and I can’t wait for you all to hear this Epic. Peace and Love see you soon GH”. – Glenn Hughes

The upcoming, yet-untitled album, recorded by Producer Ben Grosse at La Fabrique Studio in the South of France, is slated for a late-May release to coincide with the Tour.

The Dead Daisies are pushing forward with relentless abandon, giving energy and taking chances to ensure that every person who experiences them has no doubt that Rock is Indeed Alive & Well and here to stay.

So turn it up, come to a show, enjoy the ride & ROCK with us. 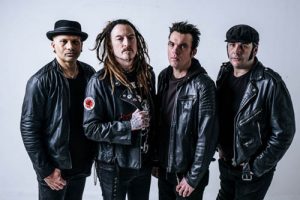