Despite Roine Stolt’s established productivity, it still seemed out of the blue when a new Flower Kings album was announced less than a year after their last one. But on reflection, a global lockdown is a sure-fire catalyst for an uptick in recording, particularly for musicians who suddenly find themselves without live gigs to eat up all their time and energy – after all, the creative muse has to be satisfied.

The mid-autumn unveiling of Islands will bring the total amount of original music from Stolt’s flagship band to over 25 hours, and that’s without counting live releases and compilations (much less getting into his numerous other projects and outlets like Transatlantic, Agents Of Mercy, The Sea Within, Kaipa… the list goes on for quite some time). Let’s just say if you wanted to listen to Stolt’s entire recorded output in one marathon session, with only breaks for sleeping, you’d still need a week or two off from work to fit it all in – seriously, he’s been a busy guy.

Being this prolific, Stolt and his Kingly company have occasionally been accused of churning out so-called ‘filler’ material, padding albums with songs that are merely of average quality and swelling them to enormous lengths for length’s sake, because… ‘Prog!’. But such criticisms are often misplaced – frankly, this isn’t the kind of music that’s churned out – and indeed when scanning the complete oeuvre, one finds an admirable consistency in quality, not only from one album to the next, but over the course of decades too. Old adages then spring to mind about taste and opinions, and it’s worth noting that every album released under the Flower Kings banner has been mentioned as someone’s favourite whenever the subject has been raised. There doesn’t seem to be a consensus, and unlike forerunners and contemporaries, there is no commonly accepted ‘Jump the shark’ moment either. They don’t really have an Abacab or a Tormato or a Final Cut. It’s just great music; a mammoth body of work that will always appeal to the majority of their fan base. And for those who do feel the 140-minute albums of the past such as Flower Power and Unfold The Future are simply too immense to take in one sitting, Islands comes in at a more readily digestible 92 minutes, a reasonable length for a double album.

The album’s title and artwork (courtesy of Roger Dean) are suggestive of its themes which naturally emerged during the awful reality of the pandemic of 2020: Distance, isolation, separation and loss (indeed, Stolt himself lost his mother to the dreadful virus this past May). But far from wallowing in doom and gloom, the album opts instead for a more balanced scope, as the Kings’ spiritual, uplifting vibe weaves its way through these songs in search of bringing hope to tired and weathered listeners.

Musically, Islands follows on from last year’s well-received Waiting For Miracles, with no shortage of the elements so beloved by their legion of fans: grand symphonic rock, shifting tempos, vintage keys, bonkers instrumentation, and a bounty of guitar leads from Stolt, who shares vocal duties as always with the powerful pipes of stalwart Hasse Fröberg, who seems unaffected by age or time. And in the Without Whom department, the inexhaustible Jonas Reingold and his spectacular bass playing is always a delicious treat. Reviewing the latest album from The Tangent earlier this year, I opined that he is incapable of coming up with anything but the single most perfect bass line possible for the song in question – and he proves me right once again here. Truly a monster player.

Mirkko DeMaio, as he was on Miracles, is impressive and skilled, his tasty drum patterns a standout right from brilliant album opener Racing With Blinders On, where he locks in with Reingold’s Squire-esque bass line. Tangerine, with its jazzy overtones, is another fine example of this excellent rhythm section who often take the spotlight, even during some of the more blazing full band workouts – and there are plenty of those.

As with the previous few albums, there are no tracks of epic length on Islands. It’s meant to be taken as one complete work of short interlocking segments, with numerous repeating themes and links that provide a cohesiveness perhaps less common on earlier albums. To this end, there are moments that remind me of The Moody Blues albums like On The Threshold Of A Dream and To Our Children’s Children’s Children; like the haunting, strings-laden Goodbye Outrage, a darkly beautiful piece that is soon followed by the polar opposite track Journeyman, a Bruford/U.K.-inspired instrumental that doesn’t reach two minutes, but leaves its mark and cries out to be played again.

Another highlight is the nine minute Solaris, a dynamic and soaring track that often sounds as though it could have belonged on various albums throughout the band’s history. Wide variety and a healthy dollup of quirkiness pervades Islands too, with the odd intro to From The Ground, Fröberg’s bouncy, singalong Beatles-flavoured approach to Black Swan, the bubbly Serpentine (featuring Rob Townsend on soprano sax), and Stolt’s Zappa-tinged instrumental Man In A Two Peace Suit.

Berklee-schooled keyboardist Zach Kamins absolutely sparkles on this new platter, and to focus on one song or one aspect of his playing would be doing a disservice to the rest. Suffice to say, of the 21 tracks here, he stands out on… oh, about 21 of them. His technical prowess is clear, but he also has a tasteful style and adds his magic to the more atmospheric pieces. If one track does rise above all others here, the nod has to be given to A New Species, an exquisite instrumental that ranks with the best material the Kings have ever produced. But it’s the final quarter or so of the album that ends up showcasing the finest string of songs – from Looking For Answers through to the closing instrumental title track – as though to reward those listeners who committed to experiencing the album fully and completely.

There’s no need to dwell on the awful things going on in the world right now. It’s been a rough year for everyone, the future is uncertain, and like others, I seek solace, catharsis and escape through music. And Islands provides just those things, like a soothing balm for the wounded souls of 2020. It was a relief and a pleasure listening to these inspiring tunes, and I highly recommend you do the same. It’s always good news when these guys put out a new album… but this year? It’s some of the best news I’ve heard. 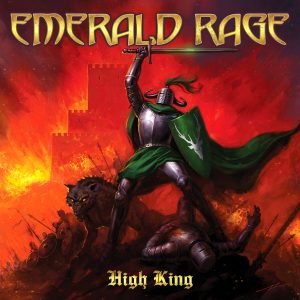 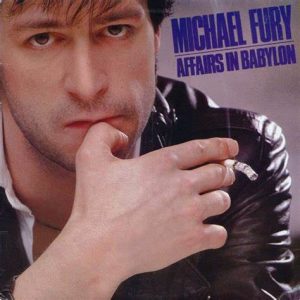