The Grafenberg Disciples is a new California based group founded by renowned bassist/songwriter/producer Bob Madsen and soul/R&B/funk singer extraordinaire Hans Eberbach. Madsen is best known as the co-founder of prog bands 41POINT9 (with Brian Cline) and Operation: Paperclip (with Tony Carey), while Eberbach cut his teeth in various roots/R&B groups in and around his home town of Sacramento and has also served time in Los Angeles writing for film and TV.

Their debut album, Johnny On The Spot, exists at the crossroads where classic rock, funk, soul and jazz all meet, a place where head-bob inducing bass lines aimed squarely at the dancefloor switch to prog-ified pop virtuoso freakouts accompanied by uplifting, shimmering vocals. If Robert Fripp produced Steely Dan, it might sound something like this.

The band themselves describe the album as a mixture of Prince, Level 42, Ultravox, Marvin Gaye, Toad The Wet Sprocket and more, while in a 10/10 rating the House Of Prog site suggests that “the list should also include Living Color, Seal, Huey Lewis, Go West and even Todd Rundgren.” In regard to Eberbach, the review states “his voice is incredible – rich velvet, silky and smooth, able to go through quite a range and always feeling comfortable,” while Madsen is described as “having a blast driving the music with different bass styles as he brings together influences as diverse as Flea, Muzz Skillings and Mark King.”

“I have musical ADD,” explains Madsen. “Music is my escape. I’m able to go down a rabbit hole and try all sorts of different rhythms and tones. The Grafenberg Disciples is where I explore pop, funk, new wave, jazz, world music and dad rock. This band is no-holds barred. Nothing is off the table, although everything serves the song.”

A single entitled No Words was released in early June, followed by the album in mid-July. An homage to the late Rush drummer and lyricist Neil Peart, all proceeds from No Words are being donated to the Cedar Sinai Special Research Program For Glioblastoma, the brain cancer that tragically claimed his life at the beginning of 2020. The eight-minute track winds through moments of lush piano and laidback percussion before building towards an upbeat, sweeping crescendo. A video for the song includes cameo appearances by Sully Erna of Godsmack, Mike Portnoy of The Winery Dogs, Matt Scannell of Vertical Horizon, plus previously unseen footage of Peart riding his motorbike across the USA.

Tag: Johnny On The Spot, The Grafenberg Disciples, The Highlander Company 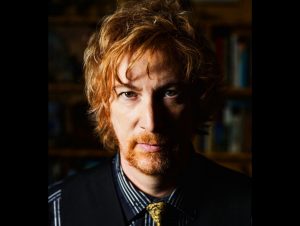