Eek! On first listen I assumed this lot would be another set of teenagers, sounding along the lines of My Chemical Romance, early Green Day, Our Lady Peace, you know the kind of thing, quite derivative, youthful angst…..HOWEVER! this album is massively full of surprises, there’s several three chord thrashes but followed by quite mesmeric guitar work, anguished vocals dealing with and seriously strange lyrics; there’s sudden changes of pace, some entertaining spoof, delicate pastiche work, and a twist of soft semi-spoken acapella…..all driven by a craziness that is absolutely and completely bonkers!

The PR material says “What if Queen and nitroglycerin had a love child, well that would be The Hawkins”. I can only add, “What if that offspring met the love child of Dave Grohl and Gwen Stefani (from No Doubt…remember I’m Just A Girl?), and they created new life? – You get the picture, totally over the top, definitely weird, but strangely good fun!

For a few seconds, you could be forgiven for thinking they’re all 18-20 , another high energy boy band… but a moment later and you get a different, darker and more complicated picture! More like a cross between The Darkness, The Gaslight Anthem and The Hives, its REALLY hard to pin these guys down, except to say they lurve rock and roll – with a pair of Capital Rs!

This album is stuffed full of strange but contagious rock songs, employing a wonderful mix of swing, energy and punk’n’roll. Like The Darkness, The Hawkins are a sort of living encyclopedia of modern rock music. Delivering the melodies of Royal Republic, the dark tales of Nick Cave, the energy of The Gaslight Anthem and The Hives; then mixing it all in a vibrant soundscape, each track is earwormed into your head after a single listen, despite some very weird lyrics!

Born and raised within a ‘two-square-meter-big’ Swedish town, the four members have together shared their musical journeys since they plucked their first chords. But the specific journey of The Hawkins started back in March 2013. Inside a huge park of local industries, they have built their own Hawks Nest. It is within these four walls of carpets and egg cartons where all the creative magic happens.

These four Swedes will take you on a distinctly wacky journey. At times they sound like a sausage on speed as they sing like a pack of beautiful mynah birds. The contrast between the deeply dark lyrics and the cheerful energy is arguably what makes them really tick, they’re not the most easily understood band! Another element that really makes their artistry come through is the small but meaningful details; subtle changes in tack, ambient atmospheres and musical themes throughout their music such as ingenious vocal melodies, slick guitar parts and clever rhythmic signatures.

The band’s debut album Ain’t Rock N Roll (released via GAIN/Sony Music) entered the world in October 2017. The album included the single Fuck You All I’m Outta Here, a powerful anti-fascist message which quickly gained momentum in the Swedish rock scene, securing the band’s role as one the most promising bands of the country.

To follow the successful release of their debut, The Hawkins started 2018 with a long tour across Europe with the fellow Swedish band Corroded. They rocked the stage in Germany, France, Austria, Switzerland and Denmark. Since then, they’ve continued playing countless gigs, mostly in Scandanavia and Eastern Europe, while finding time to brew their own beer – a fresh IPA catchily labelled “Fuck You All I’m Drinking Beer”.

The opening track is 65 seconds of Syd Barrett-like crooning before leaping straight into Roomer, a Darkness-like tale of the perils of having a room-mate. Hilow is then a hugely tuneful, anthemic song that you cant help but sing along along to with a blistering riffs swirling around the chorus. The next two songs are very Hives-like, bursts of thrashy, bouncy, pop-rock that you cant keep still to.

Cut Moon Bleeds is perhaps my favourite track. It absolutely defies description, it starts as a staccato, slow, almost blues number, with the darkly wonderful line “this is the last time I dig a grave” (!), before some mesmerising guitar work swamps you and the tale unfolds….The Libertine has another oddly quite intro before it explodes into a mix of Darkness and Motorhead. Stranger In The Next Room sums the band up, creepy lyrics about the threat of impending evil afoot, married to lilting, upbeat melodies and a bouncing rhythm, it’s rather like a circus act performing at a fairground!

Black Gold is a hill-billy yee-haw knees-up, except it’s about the onset of cancer; Fisherman’s Blues is an epic by their standards, just over five minutes long, a strongly structured arrangement with jarring verses but massive hooks in the choruses. The album’s closer, All My Birds Are Dead is another that I don’t pretend to understand the (frankly weird) story, but it doesn’t stop me enjoying the romp!

Silence is a Bomb is to be released on The Sign Records on 4th September, 2020. This band have had huge fun making their brand of strange, deceptive rock tracks, and will be performing across Europe at the end of the year. Live, these guys look amazing so it promises to be quite a party!

Tag: My Chemical Romance, scando-rock, The Darkness, The Gaslight Anthem, The Hawkins, The Hives 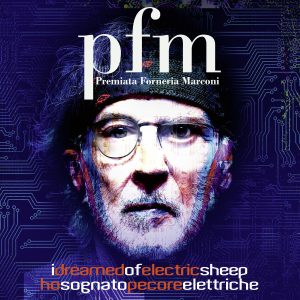