Back in 1978 Hawkwind fans probably looked at the original Hawklords album with a little disdain as Calvert and Brock, clearly influenced by the new wave of the time, delivered a set of tight punkish songs that were very far from the glorious space rock style that the mother ship Hawkwind had invented. Ironically, fast forward a few decades and it is the Hawklords who appear to be firmly carrying the torch of space rock while Hawkwind themselves have often meandered off into strange experimental directions. Calling this new album Time can only further strengthen that Hawkwind linkage as fans will certainly remember a certain well-known warrior who was interested in the topic. And if you need a further hint as to what that warrior was doing then there’s also a track called Lighthouse At The Edge Of The World! If someone decided to write a parody of a Hawkwind album then this set of track titles would certainly fit the bill.

So, you’re probably thinking the music sounds like second-rate 1970s Hawkwind, right? No! This is a top-notch space rock album. OK, it’s early ’70s inspired for sure, and it uses those classic Hawkwind templates: the long track (with vocals) based mostly on jamming around a hypnotic repeated riff or chord sequence; the keyboard-driven instrumental; and the spoken poetry over electronic noises. These three templates are reflected perfectly in the opening trio of tracks on this album. Speed Of Sound gets things off in an upbeat manner with a foot-tapping boogie with some neat Hammond touches from Phillip Reeves and some impressive sax playing from Chris Aldridge. Lyrically, it is a tribute to the pilots of the late 1940s who flew the experimental planes that were to usher in the supersonic age – a concept also neatly captured on the album cover. Lighthouse At the Edge Of The World starts with some ambient sounds with synths and bird calls but then Dave Pearce lays down a hypnotic drum beat over which we get synths, flutes and hushed spoken words. Remarkably, though it doesn’t change pace or style throughout its seven-minute duration, it holds the attention fully. Obscura is the third track and this falls into the poetry ‘category’. It works quite well with suitably menacing electronic noises accompanied by spoken poetry that sounds very impressive even if I must confess that I didn’t have a clue what it was all about. Please drop me a line if you can work it out!

Take Off Your Mask is the highlight of the album for me. Without frills it launches into a jaunty Moog theme which reminded me strongly of the style of Rick Wakeman’s latest opus, The Red Planet. That Moog returns two or three times but the song proper is based on one of those simple Brock-style guitar riffs that seem trivial and disposable but has you begging for it to continue on and on rather than end! There’s a great sax solos from Aldridge in this one, as well as an excellent guitar solo from Jerry Richards. It’s a fine eight-minute studio track and I could imagine this one being extended into something very long and very special in the live environment. Other highlights include To The New Age, which has quite a commercial feel to it and is driven by a fine bass line by Tom Ashhurst, and Empires Of Sand which closes the album. This latter track is a little bit enigmatic, starting with a simple chord sequence on symphonic keyboards and an unusually warm vocal delivery with some imaginative lyrics (‘Welcome to the empire of sand where the river of time runs dry’). The chord sequence is then taken over by guitar with the vocals returning in whispered tones before the track closes with a short instrumental section. It’s a curious but effective way to close the album.

There are plenty of old-timers who think space rock died around the mid-1970s. A lot of time may have passed since then, but Time proves without a doubt that there’s still plenty of life in the space rock genre yet. 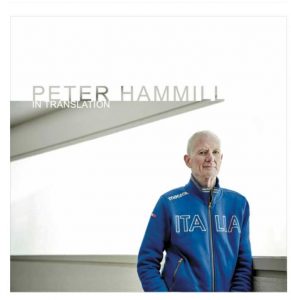