I was quite surprised when I heard this five track EP by The Jailbirds as the sound was rather different to the last Jailbirds record that I heard and then I realised that this was a different band with the same name but, bizarrely, both releases have been on the Golden Robot label.

This band is a Canadian three-piece rock band and not to be mistaken with the Irish/Australian rock band out of Dublin. The band slip neatly into the alterative/post rock category with their fresh and eclectic sounds but they do have something of an old school sound too and you can detect elements of the great Bachman Turner Overdrive in some of their songs. Jungle is the band’s second EP following on from The Black River which came out in 2018 and both records show a rather superior genre crossing rock band that is cool and eclectic one moment and then as heavy as Led Zeppelin the next.

In keeping with our current times, the songs are themed on depression and anxiety and will mean something different to each listener as we all have our own individual was of dealing with the issues we have all experienced over the last 16 months. Jungle features five fine songs of modern and contemporary rock and all with a solid grounding of traditional hard rock. Excellent vocals and some great guitar leads set the band up well and the next step is that all important debut; get it right and the band should explode onto the rock scene. 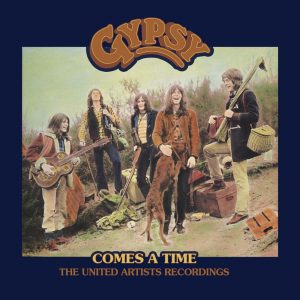