It’s just over three years since Berkshire-based band The Paradox Twin launched their debut album The Importance of Mr Bedlam upon an unsuspecting Prog Rock community. The album received rave reviews and was nominated for The Progressive Music Award of 2018. They’ve been pretty quiet since then but are now back with a new album, a strengthened line-up and a run of forthcoming live shows.

The new album is Silence from Signals, released on White Star Records on 8 October. Like The Importance of…, the new album is written around a general theme, this time being frontman Danny Sorrell’s personal life experiences – around the time of the debut album’s release and at the same time his new son was born, Danny’s eldest was diagnosed with autism. The collision of both positive and negative feelings sparked a train of thought that then became a story told through music and lyrics. Silence From Signals is a tale of two twin siblings (a neurotypical sister and a neurodivergent brother), and the trials and tribulations they go through trying to navigate the brother’s struggles through life.

The band is now fronted by both Danny Sorrell and Nicole Johnson (who previously used to add to their live shows on a semi-regular basis). That combination of emotional vocal duet performances combined with the power of the band’s musicianship takes you on an emotional rollercoaster with powerful, intense passages combined with moments of pure beauty.

Initially badged as prog-rock, the alt-rock label sits equally well with the band’s music, in the same vein as Porcupine Tree, Opeth in their pastoral guise, White Moth Black Butterfly; as well as a whole raft of Australian bands it has been my pleasure to listen to recently. Voyager, Acolyte and Kimono Drag Queens all spring to mind, but Danny’s sweet, strong, clean vocals also hint at Keane, even Evanescence! So there’s something for everyone here!

The effect is further enhanced by the mixing talents of White Star’s John Mitchell (and incidentally the video skills of Miles Skarin), the result being a clean, sometimes quite sparse but sparkling production – the overall impression being a gently absorbing, beguiling and otherworldly set of tracks featuring a mix of soul and emotion that stands repeated listening – this is really mature songwriting from a still young band who perfectly illustrate the notion of “less being more”.

The album opens with Paradigm, a shortish instrumental that alerts the listener to some accomplished guitar that is simply yet hypnotic. It’s followed by the current single Wake Vortex which showcases the wonderful vocal interplay between Danny and Nicole. Strongly reminiscent of Acolyte, and that’s high praise! This is a lovely song, wistful and powerful in turn.

Sea of Tranquility is a soft, largely acoustic ballad that perfectly captures its title, followed by I am Me, I am Free, an eleven minute opus that makes extensive use of synths and Nicole’s gorgeous voice again combines with Danny’s to transcend the senses. There’s some wonderfully understated guitar again bridging the movements.

Prism Descent is a slower, darker track, this is “The New Prog” at its best, again very Acolyte / Voyager in the sense of colours it portrays. “Haptic” describes being tactile, that lively sense of touch, so the track Haptic Feedback indeed conjures a real sense of wind in the darkness, laced with rain, it’s somehow very Porcupine Tree. Midway, there’s a full pause for breath, a taking stock, I can picture Stephen Wilson covering this!

Specular is the album’s second epic, a ten minute elegy to the suffering brother that I suspect is very close to Danny’s heart. After the extended build up , yet more stellar guitar captures my attention. I believe it’s Danny on guitar, whoever they are they have the happy knack of economy with flair!

The album closes with Perfect Circles, a slowly building conclusion to our tale. Okay, occasionally the tracks might be a little samey, but I suspect that reflects the nature of this album’s underlying concept. Overall, it’s extremely listenable and satisfying, the production and the song arrangements blending perfectly. The band and backroom team are a major new force! 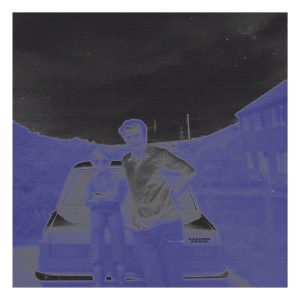 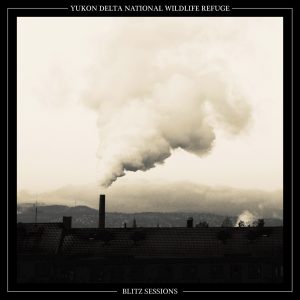