The Woods Band were historically extremely significant in the fast-blossoming world of British and Irish electric folk music when this album was released in 1971.

The Esoteric eye for an item of musical buried treasure turns its attention on this occasion to the world of early-’70s folk-rock. However, before you go away thinking that this was another bunch of fly-by-night nobodies, coming in from nowhere and going back there as quickly as possible, think again. Because The Woods Band were historically extremely significant in the fast-blossoming world of British and Irish electric folk music when this album was released in 1971. The first, and most significant, reason for this is because the ‘Woods’ part of the band name refers to Irish husband and wife team Terry and Gay Woods who, as anyone with an interest in that scene will surely recognise, were founder members of Steeleye Span in 1969. Indeed, it was Terry Woods who first joined up with Asley Hutchings after the latter’s departure from Fairport Convention and decided to put together a new band. Tim Hart and Maddy Prior were brought in, and the five-piece recorded the first Steeleye album Hark! The Village Wait, in 1970, with Gay and Maddy sharing the vocal duties. The Woods left the band after this first album, but their legacy and their place in folk-rock history was secured. Terry Woods had also been with another band who helped to spearhead the nascent movement, namely Sweeney’s Men, who recorded an album in 1968.

The Woods Band was formed by Terry and Gay after their departure from Steeleye, bringing in guitarist Ed Deane (who later replaced Gary Moore in Irish band Skid Row, in rather a musical about-face) and also excellent drummer Pat Nash. Gay’s brother Austin Corcoran was also in the band for a while on bass, but departed while the album was being recorded (either owing to musical self-doubt or a disapproving wife, according to the accompanying booklet!), though he is on three tracks. Producing the album was Tony Reeves, during a break between his spells with Colosseum and Greenslade, which is a rather nice ‘prog’ connection. The folky significance is not done yet, however, as the story goes that fellow Irish folk-rock pioneers Horslips might never have existed without The Woods Band, as they turned up at a Woods show, were reportedly entranced, and elected at that point to form their own band ploughing a very similar furrow to the show they had seen which, if true, is another factor making this recording something of a defining moment in the electric folk scene.

Given all of that, the first surprising thing when putting the CD in to play, having seen the ‘Trad Arr.’ credits scattered throughout the eight tracks, is that the album is far from entirely based in the English or Celtic folk sound. Much of it is, of course, but three songs at least (opener Everytime, Promises and the extremely Sandy Denny-esque Dreams) are equally rooted in American folk, with an air of some of the material that Jefferson Airplane or even The Byrds were doing in the ’60s. This is reaffirmed by Woods in the booklet notes, as he confirms that one of the influences he had was The Band, and the work they were doing in adapting traditional Americana to a modern rock framework. This balance makes the album work very well, as it avoids any risk of sounding too samey at any point and all comes across fresh. The Horslips connection is blindingly obvious in the Woods-composed Noisey Johnny (note spelling), while the ‘jigs and reels’ selection which seemed mandatory on folk-rock albums of the time manifests itself in Lament & Jig, which as the title suggests, juxtaposes a stately piece (Valencia’s Lament) with a celebratory one (Apples In Winter). It’s very good.

Probably the best moment to these ears, however, is the traditional arrangement of the song As I Roved Out, which takes the Fairport template used on songs such as Matty Groves and creates a perfectly crafted piece of traditional electrified folk-rock. Pat Nash’s drums are exceptional on this piece, contributing lovely little rolls and fills throughout, and a slightly experimental mid-section sees the whole band jamming to great effect in a far more ‘rock’ way than elsewhere on the album. The starkly accompanied January’s Snows shows perfectly why Gay Woods was the original choice for Steeleye vocalist, and indeed why she later rejoined them in the ’90s for a further six years, as her vocal is trad folk perfection on this fragile, aching piece.

Sadly, when the album came out, the label (Greenwich Gramophone Company) almost immediately folded – a fate also befalling fellow bands Open Road and Samurai – and The Woods Band split following the album’s failure. The Woods couple continued for a while as Gay And Terry Woods, and also hooked up for a short while with Doctor Strangely Strange, but apart from a second Woods Band incarnation briefly formed by Terry in 2002, the world had seen the last of The Woods Band, which is a great shame.

Anyone with an interest in that period of folk-rock, or who is a fan of early Fairport, Steeleye or Horslips, really ought to check this out. Quite apart from its historical significance, it remains an excellent listen, and it really should be in any self-respecting folk-related collection. 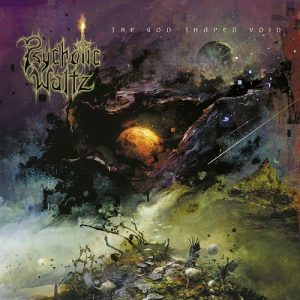 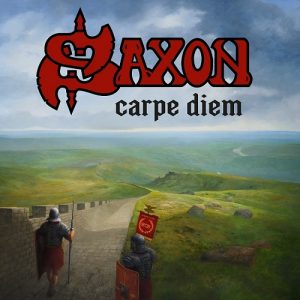