I suppose the way you look at the Deluxe Edition, Bonus Edition or Tour Edition of an album depends on your circumstances and your approach to music. To some, it’s damned annoying that you have spent your hard earned cash on an album only see an expanded version released shortly afterwards. There are those who will rage against this injustice whilst there are others who simply delight in the extra material being made available so the choice, ultimately, is yours. It can be annoying but you do not have to buy it but speaking as someone who bought the original vinyl version of many an album then upgraded with the music tape, then the CD, then the re-mastered CD and then the Deluxe Edition I just cannot help but feel that we are sometimes taken as a cash cow. However, we then go and buy the album therefore showing that there is a market which the record label then exploits so can you ultimately blame them? So, Thundermother fans are the latest to ponder this dilemma as the very fine Heat Wave album, which was only released last year, becomes the latest to receive a very rapid make-over. The album originally featured 13-tracks which make up CD1 of this 2CD edition with the second disc featuring 10 extra tracks that really do add so much to what was already a great rock album.

So, let’s have a quick look back at the original review last year. Thundermother is an all female 4-piece rock band from Sweden which has released four albums to date of quite excellent hard rock proving that girls can rock every bit as much as the boys can. The band was formed in 2010 by guitarist Filippa Nässil when she moved to Stockholm and she has not been afraid to change the line-up to get the sound she desires which, to me, is a thoroughly entertaining coming together of the music of AC/DC, Girlschool and Suzi Quatro. Only Nässil remains from the original set up that released their fine debit several years ago with Nässil bringing in some great new musicians in the wonderful and golden voiced Guernica Mancini alongside Emlee Johannson on drums and Majsan Lindberg on bass with Heat Wave being a thrilling album and Filippa Nässil showing just what a major talent she is as a guitarist as she excels with her fluid riffs and solos. Part Rolling Stones, Motörhead and AC/DC Heat Wave was a major step forward and shows that this is a band with a definite plan to conquer the rock world.

A great album indeed and one that has been made stronger with the additional set which includes three new live tracks, three acoustic versions of singles taken from the album, live songs recorded at Wacken World Wide 2020 and a previously unreleased song. The new songs are typically aggressive Thundermother rock tracks and blend in seamlessly with the original tracks and show that the band remains as a strong song writing and creative force. The acoustic versions show a different side to the band as the songs sound so much different when stripped back but still have a power lurking just beneath the surface and eager to break out. The three live tracks then shown Thundermother in its most primeval state as they rock out big style at Wacken and show that they are every bit as comfortable in the live environment as in a studio, these girls sure know how to rock. The final song features a couple of Swedish musicians in Pontus Snibb and Dregen of The Hellacopters and Backyard Babies and a fine and anthemic rock song it is too.

In conclusion, Heat Wave was already a strong album and this new release makes it an even more attractive package and if you have wondered what all the fuss is about Thundermother then have a listen to this updated album and revel in some serious rock and roll. The album will also be available as coloured double vinyl limited editions so better get the cheque book out now. 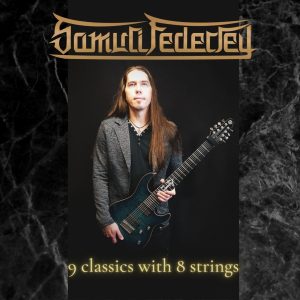 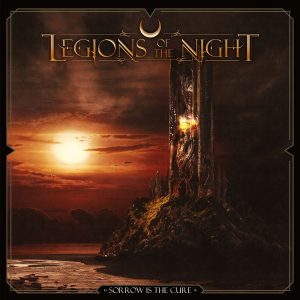