Now for another jaunt down the NWOBHM highway and we come to the wonderfully titled Toad The Wet Sprocket which is not to be confused with the American indie band which later purloined the name.

The band was formed in Bedford and was in operation from 1975 to 1982 and were a hard working and gigging band but didn’t leave too much of a recorded legacy from the NWOBHM movement. They had a couple of singles and famously got on the Metal For Muthas album (Blues In A) but that was probably about as good as it got for the band. Hopefully, this 17-track album featuring live songs from the BBC Friday Radio Rock Show plus assorted demos and outtakes should help to fill in some gaps and show just what a good band they were and, maybe, show just what could have been with just a little luck.

The band featured Mehmet Mustafa on vocals and what a great voice he had too with the talented guitarist Mark Rideaut plus the hard working pairing of Peter Austin on bass and Martin Wightwick on drums. Have a listen and you will hear a talented band having a great time and very much a key band in the ever burgeoning NWOBHM movement that helped so much in re-introducing rock music and the guitar solo to the British public. The album is available as a limited 500 run vinyl release but for all others then there is the trusty CD release.

The band always reminded me a little of Tygers Of Pan Tang and if they or NWOBHM is your scene then this is a must have recording. 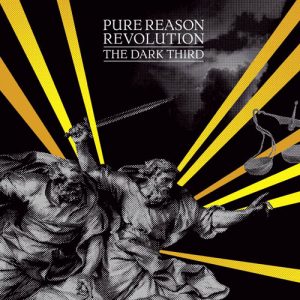