Hailing from the United States, Tower is a fast, frantic and furious female fronted hard rock band that only knows how to play loud and aggressively and the band hits with the ferocity of a runaway train! The group is from New York City and it seems to have taken the city’s high energy, ever awake status as a role model for its approach to music and its ever so urgent delivery and somehow I get the impression that this band has far too much nervous energy to ever sleep.

The sound is build around the air raid siren that is Sarabeth Linden and anyone who has even considered or held the outdated opinion that women cannot sing rock have obviously never heard her in full flow. She has an outrageously powerful deep register voice that sends a shiver up your spine and this is one classy lady who knows how to rock and then some! The rest of the band all seem to be human dynamos as they light up the world with some incredibly incendiary playing making this truly 100mph rock and roll. They have two great guitarists in James Danzo and Zak Penley and they riff and solo at will and even stray a little into thrash territory with James Jones on Drums and bass supplied by, I’m assuming, guest Jeff Filmer and they are all so tight and sound as though they have played together forever. This is the bands second album with the equally intense self-titled debut which came out in 2016 so making Shock To the System well overdue and current fans of the band will immediately recognise this new album as a continuation of the classic Tower sound but there has been a progression and growing maturity too.

The band may all be old school rockers with a style and sound born in the 1970’s but heavy rock never goes out of fashion and with bands like Tower continuing to carry the flame then we can guarantee that heavy rock and metal will be with us forever and Amen to that!

Shock To The System 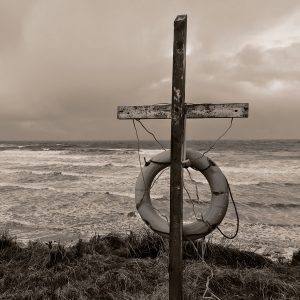