These reissues are a long-overdue reassessment of Toyah’s early-’80s output, and reaffirm just how much depth and sheer great musicianship and songwriting there was to her catalogue.

The deluxe Toyah reissue series reaches its third instalment here, with this 1980 live album getting the treatment. It is slightly confusing now, as a later compilation album was given the same title (coming, of course, from the 1970 film Tora! Tora! Tora!, about the bombing of Pearl Harbour), but this is the original. Coming after the first two albums, Sheep Farming In Barnet and The Blue Meaning, it finds Toyah just on the cusp of becoming a mainstream success, as the next release following this would be the Four From Toyah EP containing It’s A Mystery, and everything would suddenly go up a level in terms of profile. This release, then, manages rather neatly to cap the first phase of Toyah’s career, that of the underground ‘rebel’ new wave/art rock figurehead, before the words ‘pop star’ had even hovered on the horizon.

This was, however, more by happy circumstance than grand design, as the recording was arranged for inclusion in a TV documentary special for ATV, who had got wind of the stir that Toyah was beginning to make, and sensed a popular (and no doubt in their minds ‘trendy’) bit of youth programming. To that end, a special performance in Wolverhampton was tacked onto the end of the UK tour (the last she would do in club venues), recorded and filmed, and thus formed the material for this record. In fact, as revealed in the accompanying booklet, Toyah herself claims to have had no idea the gig was going to be filmed until she arrived to find a camera crew setting up on the stage.

When the original album came out, it contained ten tracks out of the 14 songs performed on the night (normally several more would be included in the show, but the set played was cut by several songs for the purposes of the filming), but here we get, for the first time, everything which was played at the show. Looking at the album as originally released, for fans of the earlier albums it is still an essential document, as it takes a series of highlights from those studio releases and generally gives them a real energy makeover, with things like the opener Victims Of The Riddle and both sides of the single Bird In Flight / Tribal Look crackling with bite and aggression. Despite highlights such as those on the first side (Vision is another great performance), the album always came into its own with the four tracks originally on the second side. Danced is a track which would remain a favourite throughout Toyah’s career to date, and it opened the side with a bang – although listening to it now, wit the audience participation such an obvious factor, it is a little surprising that it didn’t get kicked up to a faster tempo in the live arena.

Insects and Race Through Space both outstrip their studio counterparts, but the real meat, now as ever, was reserved for the set-closer Ieya. Having opened the Blue Meaning album in astonishing style, this lengthy and unsettling mantra-cum-rock-tour-de-force manages to completely outdo that already exceptional original. Representing pure and total Toyah music in crystallised form, all of her trademarks are here, from the ritualistic delivery of the sinister lyric through to the vocal gymnastics which still astound today. Those who claim that Toyah’s perceived habit of yelping or shrieking is a mere affectation or gimmick would do well to lend an ear to this, as it is abundantly clear that every time she rises to a note that seemingly only dogs will be able to hear, it is totally controlled, and the notes are hit right on the nose. It gives the impression of some arcane entity being summoned, and is hypnotically effective. Sharing equal billing here, however, are the band. Guitarist Joel Bogen is is superb form throughout, but on this track it is the contribution of bass player Charlie Francis, especially towards the end, which really impresses. Parts of his performance on the track really do verge on the brilliant, in a way that none of Toyah’s bandmates have ever received due credit for their talents. It finishes the album proper with a bang and then some, but we have another chunk of the night in store for us yet…

When the album came out originally, two songs (Ghosts and Neon Womb) were omitted and instead used on the B-side of the Danced 12-inch single, and even then Neon Womb was truncated and faded out to save the running time, but they are here in all their glory. Neon Womb is an astonishing version, leaving the original in the dust (or should that be in the womb?), with Bogen contributing some proper, genuine ‘axe hero’ guitar work. It’s a massive plus, especially in its far superior unedited guise. Following that are the two songs which made up the encore but were omitted from the original album. She, from The Blue Meaning, is first up, and it is a treat to hear it, even if it fails to completely capture the remorseless, rolling, crushing power of the original’s wall of studio sound. Following that is a sort of ‘reprise’ version of Danced again, this time with more instrumental content, less vocals and none of the quiet bits, focused purely on getting the crowd into a frenzy.. It’s understandable why it was decided to leave these two off the album when first released, but it is good to have them here now.

So, what we now have is the album with nothing withheld from the performance, and sounding better than it ever has done. That alone is reason to pick this up, but there’s more, as a second disc is a DVD containing that age-old ATV documentary, which is rarely screened these days and has for a long time been sought after by fans. It looks and sounds absolutely top-notch, and is a cracking watch, with the fly-on-the-wall footage quite an early example of what is by now a staple ‘reality TV’ approach. There is great footage from the show as well. To be honest, just a stand-alone DVD of that would have made a nice thing to have, so to get it as an extra with the album is a masterstroke. It would have been nice had the full film of the show been available, but that is just being greedy!

These reissues are a long-overdue reassessment of Toyah’s early-’80s output, and reaffirm just how much depth and sheer great musicianship and songwriting there was to her catalogue. For too long there has been a tendency to trivialise her to a cartoon-ish image of a wild-haired ‘punk popster’ with an odd way of pronouncing ‘Mystery’, and that’s a massive disservice. Toyah Wilcox was one of the major talents to emerge from the post-punk new wave scene, with more of an ‘art-rock’ foundation than a great many of the time, but whereas contemporaries such as Magazine, the Banshees or Wire, for example, have a serious cachet attached to them, this has often been missing from Toyah’s reputation. Hopefully, these reissues will go some way to redressing that. They are certainly good enough to. Next up will be the ‘breakthrough’ album Anthem – and I for one can’t wait. 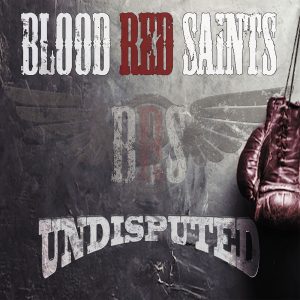 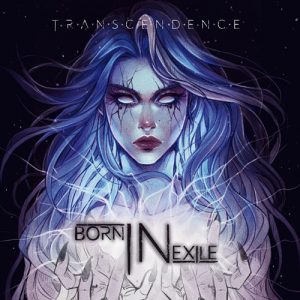