Any fans of Deep Purple or, especially, of Glenn Hughes, will need no introduction to Trapeze, as they were the band that Hughes was with in the early ’70s until 1973, when the Purple job came a-calling. In fact, Trapeze themselves were something of a ‘reverse supergroup’, since the three core members – unknown at the time – all went on to big name bands; in addition to Hughes, guitarist Mel Galley did time in Whitesnake in the ’80s, while drummer Dave Holland did a long stint with Judas Priest. The three albums here, all released in deluxe multi-disc editions, are the three albums recorded with Hughes before he jumped ship – though the band did continue on following his departure for a couple of further albums.

The self-titled debut album, from 1970 is something of an anomaly in the Trapeze catalogue. It is the only album recorded by the original five-piece band, which also included Terry Rowley (keyboards, flute) and John Jones (vocals, trumpet) in the line-up. The band had been discovered by Moody Blues bassist John Lodge, and signed to the Moodies’ own Threshold label, and it is perhaps no surprise that the music on the record resembles a slightly more psychedelic Moody Blues rather than the funk/hard rock/soul hybrid that the band turned into thereafter. In fact, Lodge produced both this album and its follow-up. There is some nice material, with Rowley’s Send Me No More Letters an obvious standout – indeed, such is the commercial strength of this particular song that it remains a mystery why it flopped as a single. Another Day – the flip side of that single – is another highlight, as is Hughes’ Wings, albeit with him over-singing it slightly at times. Overall though, it’s a curio rather than an essential album in the band’s catalogue. The longest track here is the three-part Fairy Tale / Verily Verily / Fairy Tale, which is in effect one song wrapped up in a completely unrelated one. It’s curious as well – if you have ever felt the burning need to hear Glenn Hughes crooning ‘Verily, Verily, I say unto you…’, then here’s your chance! Notably, Hughes had not assumed the lead vocal role yet, sharing the singing duties with the rather good voice of Jones. In fact, the bonus disc included with this one is the real reason to pick this edition up, as there is some great – and fascinating – stuff on there. Okay, you do get four more versions of Send Me No Letters (UK single, US single and two BBC Radio sessions) which is pushing it a bit, but elsewhere are real gems. Four demos are included, longer and more powerful songs than those on the album – and all four are, to these ears, clearly superior, and the work of a more confident band. The smouldering blues of Seafull would turn up on the next album, but Across The Water, Across The Sea and the lengthy New Life Again disappeared without trace, which is a real shame as both are excellent. There is also a 1969 three-song session for radio show Colour Me Pop, which featured a young and clearly embryonic band opening with Steppenwolf’s Magic Carpet Ride. If that is an unexpected cover song, they then follow it up with, of all things, Fairport Convention’s signature song Meet On The Ledge! It’s a decent enough version, but your mind just keeps saying ‘but this isn’t Fairport!’ Fascinating stuff, indeed.

By the following year’s Medusa, the band were down to the core ‘power trio’, and the album – released just six months after the debut – shows what is effectively a completely different band. Gone was the fey, sometimes meandering English psychedelicism, replaced by a raw hard rock sound with equal elements of progressive rock and funk colouring it. The first two tracks – the hard rock groove of Black Cloud and the lengthy, epic heavy prog approach of Jury – are both magnificent, and another favourite was the similarly ambitious title track, which Hughes even revived in recent times for his band Black Country Communion. The funk influence of Hughes was starting to assert itself, but kept within a strong rock foundation, and all in all it’s no surprise that the album is generally regarded as the band’s high water mark. This time out there are two live shows spread over the two bonus discs, and while they are a little lacking in sound quality are nevertheless great to have as a record of how good the band could be live on their night. The album as a whole is essential if only for Jury, which to these ears may be the band’s finest song.

In 1972 came the third album, You Are The Music, We’re Just The Band, which is the point at which Hughes tends to rather take over. He is beginning to over-sing a little, emoting for all he is worth on the more soulful material, and he is the predominant writer, composing five of the eight tracks himself – and he has by now steered the band into a slightly excessively soul/funk sound – causing some fans to baulk a little. That’s not to say that there isn’t great material here – Way Back To The Bone, in particular (the second longest song here) is a masterful mix of funk and rock, swinging from finger-popping groove to powerful riffing from Galley on the proverbial dime. It walks a tightrope between the two genres for its entire duration, and remarkably never overbalances one way or the other. The track could certainly be seen as the peak of Hughes’ rock-funk vision, and works easily as well as anything similar he tried with Deep Purple. Elsewhere there are a couple of other soulful winners, but on faux-soulful filler like the drawn-out croon of Will Our Love End, things have gone too far. It’s an album which had a brave aim, and in a way was ahead of its time – anyone who prefers Deep Purple’s Stormbringer album to Burn may well find this their favourite Trapeze record. The two bonus discs contain two unused songs (one a sprightly funk rocker, one a hopeless Hughes drone) and a lot of live material, including some tracks recorded for radio broadcast, though let down by muffled sound as they are ‘off-air’ recordings. A show from Houston fills the third disc, and shows a band in top form instrumentally (Galley in particular in great shape throughout), but falling victim to the prevailing trend of the time to extend songs past their breaking point with solos and instrumental jamming sections. The tracks here are generally around double their running time, with two breaking the fifteen minute mark, and it over-eggs things just a little. On the plus side, the sound quality of this one is very good.

With all three albums coming with either a booklet or poster, containing some great explanatory notes, and impressive fold-out four-panel digipaks, this is the ideal way to find out why Glenn Hughes was poached by the Purple People, and also why it was such a hard decision for him. A fascinating slice of genuine rock history.

Tag: Glenn Hughes, Medusa, Trapeze, You Are The Music 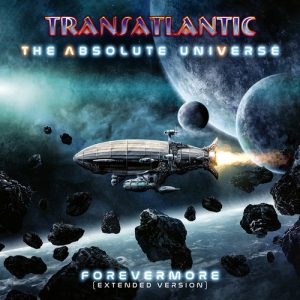