Twister are a high energy ‘New Wave of Classic Rock’ band of the highest order. Their anthemic songs are bursting at the seams with swooping guitars, great melodies, and humungous, monster choruses. These four North-East lads are really going for it, and you can see just how passionate they are in their live performances – if you haven’t seen them live yet, it’s worth making it a priority when we come out the other side! They’ve already played to sell-out crowds at O2 Academy 2’s and other venues around the country, alongside huge names such as Status Quo, Bumblefoot (Guns ‘n’ Roses), Jools Holland, Texas, Scouting For Girls, Electric Six, Simple Minds and many, many more.

The band release their debut album Cursed & Corrected on Friday 13th of November, on Off Yer Rocka Records. To kick off promotion in style, the album will be available to pre-order alongside the release of the first single Call To Arms on 28th of August, followed later by another three singles. Along with every pre-order, fans will receive the instant grat track Natural Survivor. Twister have always been a band of two sides – powerful rock-driven riffage, opposed and accompanied by their undeniably catchy melodies. And Cursed & Corrected certainly delivers this range and balance.

In August 2019, the band won Hard Rock Hell’s “Highway To Hell” Battle of the Bands Competition. Live shows have always been at the centre of Twister’s craft, and the album exudes this same high energy, passion and enthusiasm, featuring rock anthems that just won’t leave your head, the lads have created a record which is overflowing with catchy melodies with real substance in support. Twister have a sound which captures a blend of genres from modern synth-based pop and more guitar-based rock and metal.

The band line-up is:

“This is the last 5+ years of our lives in a record,” says frontman Stevie Stoker. “Everything that has happened to us personally and professionally as a band over the last five years has created these songs.”

“Every single track is a little piece of us poured out in lyrics, guitars, bass, and drums. From heartbreak and frustration to joy and elation, this album epitomises what we are as a band and sets the precedent of what we want to achieve.”

The album kicks off with a short introductory number, which sounds a bit like the fanfare to a boxing bout, quite appropriate really for the heavyweight material that follows! Save Us Yourself then zooms in with soaring lead guitar and a powerhouse drum fill, it perfectly captures the melodic zest of Twister. Powerful vocals deliver a classy, but debaucherous theme. A brutal riff sandwiched between climactic choruses hooks you in.

The tunes and energy continue with Young And Affected, blasting into a superbly gripping guitar hook before a massive, massive chorus. This is top-rate festival anthem material, so simple, so catchy! As the title suggests, Natural Survivor then recounts the struggles in the band’s early lives, describing the obstacles and challenges from Twister’s journey to this point. Haunting strings, stabbing riffs, big chorus and the first guitar solo of the album show off some of the technical abilities the band possess. Trees is then a more upbeat, positive track that delivers another feel-good hook. The foot stomping verses are led into an uplifting chorus by Jake’s unforgettable backing vocals. The song takes a dreamy turn before building back up to an exhilarating, heart stopping double chorus, which is emphasised by plentiful vocal harmonies, lead guitar and punchy rhythm section.

Something completely different next, Wild & Lonely (Fingers Crossed) brings electronic drums and synths into play, a very contemporary sound akin to Manchester’s The Slow Readers Club, but lobbing in a short but sweet guitar solo. Yet more very catchy riffs and tune, it’s a simply lovely song, my only problem is it’s too short, I want more!

Trading Hearts is just more classic Twister – beefy riffs twinned with lilting melody and strong collective vocals plus killer chorus – it begins to sound like this lot can write top-notch catchy rock in their sleep. This is confirmed with Call To Arms, the first single from this album, a statement of our struggles with current times. Powerful lyrics are tied to powerful melodies, shouting the question, “What are you waiting for?!” As the chorus suggests in a response ‘Seize the day and overcome’, Brian Adams would kill to have written this!

Next up in the obligatory (in rock album terms) ballad. Mystery takes the mood down without getting mawkish – even with “oo-ee-oo” backing vocals straight from Fleetwood Mac! It’s a very smooth ‘West Coast’ number that you VERY easily imagine The Eagles or Don Henley performing. It’s Quality. Having mastered the “oo-ee-oo”, Twister follow this up with an “oh-oh-oh” chorus, extremely anthemic and insidiously worming into your brain – you’re gonna be stuck with this one for days! Nicely topped with another burst of guitar licks.

Monroe is the original “builder” of a soft-rock beast, another balladic number nailed down with pounding kick-drum, massive sing-along chorus and whopping riff. Fist Fight By The Waterside follows, a nicely rough edge to show contrast, Spikey guitar work from both players hammers another megariff, a quite punky feel gives this song power and a punchy vibe, topped off with a sledgehammer of a solo from Jake.

The album closes with 64 White Lies, another set of echo-box-ish synth and guitar, introducing a meaty riff, rhythm, and soul-stirring harmonies before finishing you off with one last chorus. It left me thinking that without doubt I’d just heard something rather special! 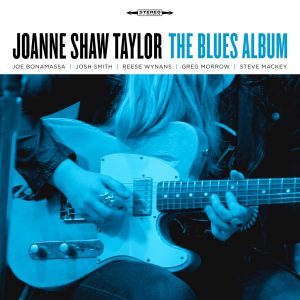