Vambo are re-releasing their powerful self-titled debut in a deluxe package, amazingly called Vambo Deluxe, with five bonus tracks including a live recording of the Deep Purple classic Burn. The album comes out on 6th November, the single Fast Car is already out, they’re both on Goliath Records, via Universal Music.

With the addition of four scintillating new tracks and an exuberant and relentless rendition of one of rock’s great classics, their imaginative artistic style is entirely and unmistakably contemporary. Their ability to travel from mighty Purple-esque power to the gentle calm of an acoustic version of Dancing with the Devil (one of their own power ballads), is impressive. Vambo have a style and quality that keeps us guessing as to what they’ll come up with next. From this offering, it’s plainly evident that they excel in their musical outlook, enjoy the challenge, and aim to constantly surprise us.

This is a great album, rooted deeply in the classic rock of the 70’s but still fresh and contemporary, an integral part of the burgeoning New Wave of Classic Rock scene. It will appeal to rock fans of all ages, 8-80! This expanded collection of tracks is heavily influenced by the likes of Deep Purple, David Coverdale, Whitesnake, Aerosmith and a host of others, but never makes you feel the band have plagiarised them. They definitely have their own style. Jack Stiles has a great rock voice, bluesy and soulful like David Coverdale; and Pete Lance provides some seriously hot, at times searing, at others simmering guitar work. He’s a much underrated talent! Add to this the solid pile-driving rhythm section of James Scott (bass) and Steve Price (drums), and these guys can definitely play! If confirmation were needed, Vambo were recently featured in Classic Rock Magazine in their “High Hopes” feature.

This musically diverse album features some wonderfully crafted songs full of rock ‘n’ roll attitude. It opens with Now You See Me, which was the band’s first single and sums the band up. It’s driven by a classic riff which is nicely twinned to the vocal melody to create a real sense of urgency. Lovely guitar work and beautiful soulful rock vocals backed up with a powerhouse rhythm section create an something that’s infectious and puts down a real marker for the rest of the album. “We take our inspiration from early 70s hard rock, but we keep our interpretation contemporary – inspired but not copied,” says frontman Jack. “We are very big on melody and dynamic, not just shredding guitar solos and ‘check out how fast I can play the drums’. We aren’t that political, our lyrics aren’t super deep and metaphorical, but we can rock as good as anybody. No song on this album is the same… that would be boring!”

Next up is Why Why Why, which is the first song that got airtime. People will recognise it as being playlisted on Planet Rock for quite a while. It’s funky, rocky and perfectly suited to radio, being an extremely catchy sing-along plus a very ‘Neil Young’ chunk of electifying guitar solo, massive vocals and wonderful bass and drums – all four musicians at the top of their game. Cry Woman was co-written by Jack and guitarist Steve Lauri (The Hollies, Bonnie Tyler, Cliff Richard, 5000 Volts, Bucks Fizz). It’s another tuneful number, more scorching guitar work, a powerful lead line, a punchy chorus – and lots of cowbells!

We’re Not the Same is then something completely different, a dark, heavy riff and slower pulse underpinning very different, harmonised group vocals – a real hint of early Uriah Heep in fact? That’s followed by the first ballad on the album, Dancing with the Devil, which kicks off with a whopper of a guitar solo followed by some lovely tickling of the ivories by Ian Parker (The Hollies, Clannad, Chuck Berry). It’s a classic rock ballad, balancing softness with some further great guitar work and chunky riffs, highlighting the musical dynamics within the band. This version is the original, with Jack doing a soulful and very decent David Coverdale impression. World of Misery is an enigmatic number, musically it’s still quite bouncy but the vocals are again warmly soulful the lyrics reflect back on a toxic past relationship. Some great and downright dirty guitar licks make the bridge section really stand out.

Down Little Mama is just plain dirty! Classic rock, boy meets girl and “stuff” happens! There’s a bubbling bass line with some interestingly ‘choppy’ guitar work which really suits the vibe. It flows then into Running In Circles, again slower paced, known to fans as the ‘Vambo anthem’. After a big intro, with the help again of Ian Parker on keyboards to create a really orchestral arrangement especially on the solo section, it builds into a whopper anthem, complete with fizzing guitar work and massively strong vocals. Camouflage is another track co-written with Steve Lauri, It’s one of the first songs Jack wrote but it’s a band favourite and still features in live shows now, a fine chunk of melodic hard rock that is timeless, again very Coverdale, very Top Gear road song!.

Then we have Vambo Roolz – nothing to do with The SAHBs as commonly supposed, but its actually from an old Mud track! It’s got some great smouldering slide guitar, it’s gritty, swampy, bluesy, tuneful, enchanting beat and generally badass – and that pretty much sums up the band!

Fast Car is the obligatory rock band tune abut a car, but in this case its a spoof about Jack’s old Audi. It’s a straightforward, simple, rocker, nothing more, nothing less, that’s a staple of the band’s live show and loved by their fans, redolent of Ian Gillan’s vocals, a peddle-to-the-metal number that brought the original album to a satisfying conclusion.

Paradise is the first of the new offerings, it’s another up tempo, full-on rocker. There’s a blistering guitar solo, superb hi-hats during this, the whole drum part is great, with neat syncopation between them and the guitars. Mistaken Identity follows, it was originally quite an old song, again involving Steve Lauri, that the band recently completely re-Vamped (geddit!)with a catchy riff, catchy hook, lots of melody, very Vambo.

Total Jeopardy is next, this is a two-fingers response to some old criticism from someone (no names, no pack-drill) they were invited to work with…siffice to say the band are happy with ther progress since then! Then we have the acoustic version of Dancing with the Devil. Pete plays both 12 string and 6 string acoustic guitar with beautiful results. Slight tweaks to the melody work well acoustically, with added harmonies that the band are particularly happy with.

Last but certainly not least, the band’s live version of Burn. The band grew up with this track as one of their all-time faves and it’s the first cover song they ever did. Burn is a challenging song to play and sing, but Vambo play it at every live gig without fail, they wanted people who hear the album, but haven’t been to a live show, to get a taste of what they do.

Vambo have produced a hugely appealing, simultaneously intricate and infectious debut album, and with the addition of 5 new tracks, Vambo Deluxe deserves your attention. 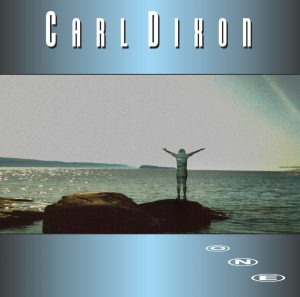