After a wait that has seemingly lasted forever but is only a little over a year, the mighty German progressive metal masters are back with the second part and most eagerly awaited follow up to The Ghost Xperiment – Awakening. If there is one thing we know already then it is that there was never going to be any cause for concern regarding the bands ability to successfully follow on from the magnificent first instalment of this ambitious story. Let’s face it, these works come after the triumph of the two part Chronicles Of The Immortal World, a monstrous sci-fi epic produced in partnership with the German author Wolfgang Hohlbein and I really did think that this was about as spectacular as the band could get. However, I was wrong and should have had more faith as Vanden Plas always has that unique spark that has identified them as something more than special and a quick look at the back catalogue shows that this is a band that has always striven to build and improve on what has gone before. Indeed, I still fail to grasp just how ambitious and simply breathtaking the album The Seraphic Clockwork was even though I thought it as close to progressive metal perfection as you could get at the time. Then they produced the two Chronicles works and now we have the the two instalments of The Ghost Xperiment; is there no limit to the genius of this band?

So, we now come to the second part and conclusion of the most ambitious ghost story concerning the life of Gideon Grace and his personal battles with terrifying demons. If you followed the story in Awakening then there is a resolution to the tale but be warned as it may not be the end that you expected but it is engrossing and provocative all the same. No spoilers here as all will be revealed in the album but the story and music all combine to make a spectacular and glorious metal album that is immense in scope and is quite literally breathtaking. There are many remarkable things about the group but one of the main factors in the success and innovativeness of the band is that they have kept the same line-up since 1986 which has allowed them to grow and expand as both human beings and band colleagues and they have a remarkable synergy about them that shines through on all of their musical endeavours.

Andy Kuntz is a truly unique vocalist being part story teller and part showman and he takes centre stage in the band rather like the conductor in an orchestra and is a marvellous focal point for the band. Stephan Lill is a totally amazing guitarist and knows exactly when to be the rock god and when to reign it all in and let the emotion take over and his collaboration with the keyboard work of Günter Werno is sheer class. Werno provides a quite wonderful symphonic, orchestral backing that gives another dimension to the band’s sound and his keyboard runs are mazy and dynamic and Werno and Lill seem to have the same sort of telepathic link that Blackmore and Lord had. Standing shoulder to shoulder with these giants are Torsten Reichert (bass) and Andreas Lill (drums) and it is they that give the band the power and might that makes it such a portent force in the progressive metal realm. Now epic is a word that is used extensively in power and prog metal and there is a danger that it could be diluted by overuse as we have already seen with the expression superstar which seems to be applied to so many musicians today and most do not even deserve the accolade of star! Yet epic or should that be EPIC is a word that could almost be trademarked by Vanden Plas as virtually everything they write and perform is simply grandiose and resplendent. Every track on Illumination falls into the epic category regardless of whether it is 5 minutes or 13 minutes long as every song is perfectly written with everything in exactly the right place. The musical performances are masterful and exquisite whether the power is cranked up to crushing level or as delicate as a butterfly on a hot summer’s day. The album soars to the heavens and descends to the depths of hell as Andy Kuntz gives the performance of his life as he leads us through the remarkable, complex and exhausting life of Gideon Grace and I hope that this is a work that sees an outing on the stage as it does fall very neatly into rock opera territory.

We all know that Vanden Plas has something of a history with their love of the stage and the special performances that they have done already so let’s hope that we all can see this work in the live environment when something approaching normality returns to our crazy world. There are also several guest performances on the album with Alea der Bescheidene from the German medieval rock band Saltatio Mortis performing a duet with Kuntz on the album closing bonus track Krieg Kennt Keine Sieger, Ulli Perhonen of Snow White Blood also sings on Black Waltz Death and The Ghost Engineers with Oliver Hartmann (Avantasia) and Herbie Langhans (Firewind) also providing backing vocals. The music blends and flows seamlessly and leaves you in a state of excited exhaustion such is the scope, complexity and delivery, total genius. Vanden Plas has a clearly defined strategy, they know what they are capable of and are comfortable in pushing both themselves and the musical boundaries in pursuit of musical excellence and seem to be able to develop concepts that others can merely dream of. The progressive element to the band’s sound allows them to experiment with the gamut of emotion whether mundane and ordinary or ethereal and other worldly and never once do they produce anything twee or simplistic.

The true genius of the band is that they can take the extraordinary and make it real and tangible, take the concept of this album for example. In any other band than Vanden Plas it would seems fantastic and ridiculous but they have that quality that draws you into their magical world where anything can happen and all things are possible. There is a gulf between the light and the dark yet this band covers all points between with ease and a fluidity that defies logic but with them it all makes sense and all things seem possible. The first part of this engrossing work was huge, all encompassing and as magnificent as progressive metal can get yet and unsurprisingly the band has more than matched what went before in bringing this glorious work to a thrilling conclusion. This two part concept has it all, a great storyline, simply divine performances and a level of musicianship beyond anything that you are likely to hear for a long time or at least until they stun the world with their next magnum opus.

Vanden Plas has been on a par with Dream Theater, Queensryche and Fates Warning for quite some while and this new album further cements the band’s place at the top table reserved for the true giants of progressive metal. 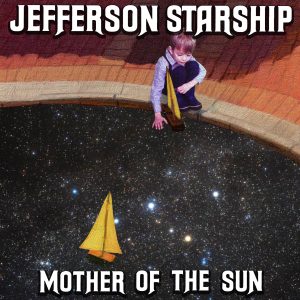