We now come to the seventh album release by the UK melodic rock band Vega which is sure to delight their fans but there are still far too many out there who remain ignorant of this quite remarkable, vibrant and most essential AOR band. Everyone raves about the melodic rock bands from the States (as do I) and will wax lyrical about the strength of the melodic rock bands coming out of Northern Europe but seem to forget just how many good bands we have in the UK yet in Ten and Vega (among so many others) we have two bands that are equal if not superior to just about any melodic band you could name.

The band was formed in 2009 and has consistently released excellent melodic rock albums that are polished and super slick and all played by absolutely fabulous musicians. Indeed, they have virtually kept the same line-up throughout with just a couple of tweaks on the first six albums but 2020 saw two new members recruited with ex-Inglorious guitarist Bill Taylor replacing Mikey Kew and drummer Pete Newdeck (Nitrate, Midnight City) replacing Martin Hutchison. The rest of the band being original members in Nick Workman on vocals, Marcus Thurston on guitar and brothers Tom Martin on bass and James Martin on keyboards.

One of the incredible factors in the music of Vega is that they never stand still and each album shows a progression and a new approach to melodic rock which can sometimes have a very rigid structure but Vega is a band that delights in playing fast and free with the rules. As usual, the songs are strong, insistent and compelling and all with very strong harmonies and simply huge choruses. The lyrics are clever and incisive and never, ever banal as these guys have something to say and they do it with intelligence and wit. The quality of musicianship is outstanding yet they all work as a team to ensure that the music is tight and compact with all the hooks you expect from a genre that is so warm, friendly and inviting. The band has that quintessential British sound whilst still retaining a transatlantic appeal and in Nick Workman the band has a singer who is second to none and has a special talent that allows him to imbibe every note with so much power and emotion that it is almost breath taking. The two guitarists are on fire and combine perfectly without ever going over the top with every note, riff and solo doing exactly what it should and no more.

This truly is a band working totally in harmony rather than a team of musicians trying to outperform everyone else and there is no showboating here just honest to goodness skill, talent and a desire to produce the very best album that they can. The music is ever so radio friendly and in years gone by would have earned the band radio air play and rave reviews but these are different times and I feel sorry for those who will not hear this excellent band and their latest great work. The album features twelve tracks of perfectly crafted melodic rock that any group would be delighted to have in their back catalogue and if you listen to just one track then make it the sublime End Of The Fade which is 4-minutes of classic rock perfection and says more about this wonderful British band than any words could ever do. Anarchy And Unity is a work of pure genius and is as perfect an AOR album as you will ever hear. 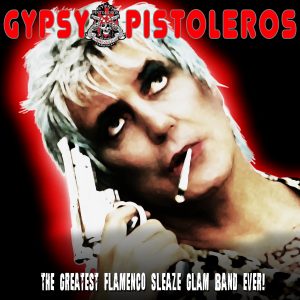 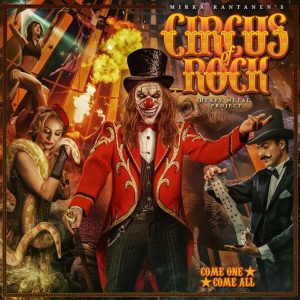