UK punk rock band, VICE SQUAD featuring legendary Punk Vocalist and writer BEKI BONDAGE, have announced the release of their new album “Battle of Britain“, out on October 16h, 2020 via LAST ROCKER RECORDS/CARGO RECORDS. The album will be available digital, on CD and limited 250 copies on white vinyl / 250 copies on black vinyl.

The first rule of Punk is there are no rules and VICE SQUAD ably illustrate this with Battle of Britain. Written, Recorded and Mixed by Beki Bond and Paul Rooney in their home studio. The 13 track album opens with the blistering Ruination which cuts through the bullshit of small time promoters and blaggers with consummate swagger and melody while I Dare To Breathe is an amphetamine driven anthem to paranoia. When You Were 17 is almost-tender and tells of first tattoos and under age booze whilst the more chilling Ignored To Death rails against isolation and homelessness.

The explosive Born In A War rages along like a missile ravaging a third world country and warns ‘See how they treat refugees? That’s how they’ll treat you and me’. Elgar’s Nimrod reworked with a pulsating industrial bass segues into title track, Battle Of Britain where Beki‘s vocals soar like a Spitfire over the crunching de-tuned riff and spit fury over the hypocrisy of putting war memorials before people.

The dystopian Poverty Face hits you with the opening line ‘Disinheriting the meek, slyly killing off the weak‘ and is counter balanced by the more upbeat How The Other Half Lives. No Evil is a relentless attack on the normalisation of the suffering and death of billions of animals for the meat industry. Battle of Britain’s hard hitting collection of anger and riffage pulls no punches in covering topics from austerity and factory farming to the pernicious influence of the Mainstream Media – ‘Led by lies lambs to the slaughter, tax exiles say who you vote for’. Brexit, fake patriotism and cognitive dissonance all get a good kicking too.

The penultimate track, You Can’t Fool All Of The People mixes baritone guitar with violin and Celtic rhythms climaxing in an epic James Bond-esque heavy guitar/orchestral blend and breaks every rule in the Punk Police hand book whilst pleading for unity against a rigged political system. Pulling Teeth with its ominous riff and hilariously frustrated lyrics ‘Dithering jibbering solid as jam, is it fair I’m both the woman and the man’ closes the album in manic style.

VICE SQUAD are a UK Punk Rock band who’s first single releases included the classic Last Rockers 7″ in 1981. This was followed by the landmark albums No Cause For Concern in the same year and Stand Strong Stand Proud in 1982 which were both released on EMI.

Since then VICE SQUAD have delivered short sharp songs with incisive political lyrics and a dash of humour spat out over a thunderous rhythm and machine gun Rock ‘n’ Roll guitars. Their latest releases are the EPs Born In A War and Ignored To Death V2 taken from the forthcoming album Battle of Britain set for release on their own Last Rockers label in May 2020.

The band have become 100% DIY since forming Last Rockers Records in 2009. In keeping with the DIY ethic the previous albums were recorded in the band’s own ‘Sci Fidelity’ studio South London and the new album Battle of Britain continues this with the band maintaining full artistic control with the benefit of global distribution via Cargo. Their last album Cardboard Country was launched on the back of a very successful Pledge campaign raising funds for the Shelter homeless charity in line with the album title which was inspired by Cardboard City, the name given to the settlement of homeless people living in cardboard boxes near London’s Waterloo station. Vice Squad is fronted by raucous voiced singer/guitarist Beki Bondage who was famed for being a teenage champion of Animal rights long before the current popularity of veganism.

VICE SQUAD‘s song Humane was one of the first ever Animal Rights songs. Beki has been featured on the front cover of a number of influential music tabloids such at Melody Maker, NME, Sounds, Record Mirror and Smash Hits. After a hiatus, Beki formed a new version of Vice Squad in 1997 featuring longstanding members of her post VS outfit The Bombshells and they have released several quality albums of powerful punk songs that have been very well received across the world. VICE SQUAD are considered one of the most influential punk rock bands of all time, paving the way for other female Punk and Rock singers and influencing male performers such as Dave Grohl of Nirvana and Foo Fighters fame who was introduced to VICE SQUAD via his sister’s record collection. 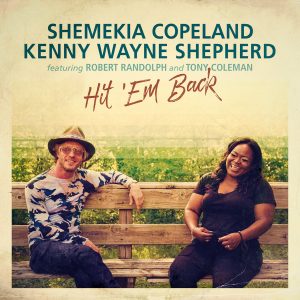 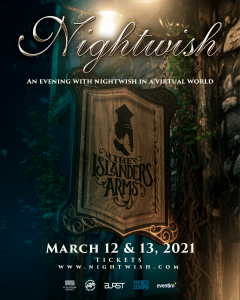