Whenever you see the name Voodoo Circle then you know that you are going to get a really hard rocking album of the finest quality heavy metal available. They are yet another wonderful German rock band and was put together by the guitarist Alex Beyrodt (Silent Force/Primal Fear) in 2008 to allow him to indulge in the music of the bands that had influenced him, in particularly Deep Purple, Rainbow, Led Zeppelin, Whitesnake and Jimi Hendrix.

The debut album simply entitled Alex Beyrodt’s Voodoo Circle came out in 2008 with contributions from what would become the core musicians of the band with vocalist David Readman (Pink Cream 69) and Matt Sinner (Primal Fear/Sinner/Silent Force) on bass and such was the impact that the project evolved into something so much more than was initially planned. Another three very fine albums of Deep Purple influenced hard rock followed at regular intervals until David Readman left the band in 2016 due to other projects he was involved in and a new vocalist was recruited in Herbie Langhans (Beyond The Fringe/ex-Sinbreed/ex-Seventh Avenue) with his first (and last) album being Raised On Rock released in 2018. Langhans immediately settled into the band and the special almost perfect ’70s rock vibe remained with Langhans also introducing something of the feel of Uriah Heep to the proceedings. Readman may have gone but the band still produced a storming metal album with Francesco Jovino supplying the drums and guest keyboards courtesy of Corvin Bahn (Saxon, Uli Jon Roth). Fast forward to 2020 and AFM announced that David Readman and drummer Markus Kullman were returning to the band with the enticing single, Devil With An Angel Smile, being released at the end of October which dramatically increased the expectation levels of the fanbase. The release date for Lock & Loaded was set at 15th January 2021 and thus the countdown began.

The latest version of Voodoo Circle sees Beyrodt on guitar and vocals with David Readman on lead vocals, Matt Sinner on bass and vocals with Kullmann back in the drum seat that he occupied from 2009 to 2014. Corvin Bahn returns again as a guest to provide keyboards with Melissa Bonny supplying backing vocals which makes this pretty close to the classic or definitive line-up so ‘God’s in His Heaven, All’s Right With the World’. As usual, the song writing is exceptional with a pleasing melody running throughout the album but this is heavy metal so expect huge and booming vocals from the ever impressive Readman and Beyrodt again shows just why he is so rightly regarded as one of the greatest axemen in hard rock. It appears that Beyrodt wanted to introduce a more retro Led Zeppelin feel to the new album and there is a certain Zeppelin blues approach to much of the instrumentation and Readman continues to give a Purple/Whitesnake vibe to the work with his vocals that are in the same vein as David Coverdale. Check out the exquisite This Song Is For You to see the blues infused version of the band with Readman wringing every drop of emotion out of the lyrics with Beyrodt supplying a lead run throughout the track that is a real blues heartbreaker. Do not be alarmed though or worry that the band has forsaken metal for the blues, for sure, the blues are here but all good hard rock and metal should pay homage to its roots but also listen to Devil’s Cross to see that Voodoo Circle remains as a hard hitting heavy metal outfit.

What started out as a project to indulge Alex Beyrodt’s love of ’70s hard rock has developed into one of the premier metal bands around with Locked & Loaded having one foot in the ’70s but the other firmly in our most modern and brave new world. If you were not around to see the mainly British rock bands develop into the behemoths that they became then sit back and watch (and listen) as Voodoo Circle show all the wannabees how it should be done. This is hard rock at its most grandiose and gargantuan best; it rarely gets better than this these days and is another triumph from a band that can do no wrong. 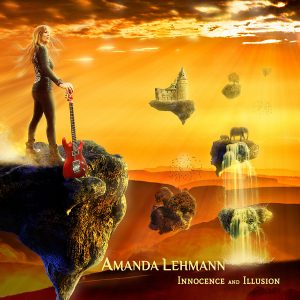 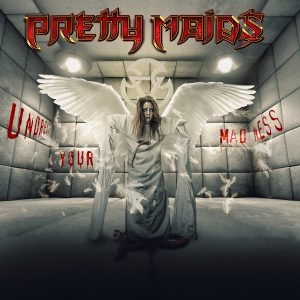