I’ve come very late to the Voodoo Six party, their new studio album Simulation Game (to be released on 16th October) being their sixth studio album! It follows on from their last, critically acclaimed, 2016 album Make Way For The King.

The band specialise in driving, contemporary hard rock with an undercurrent of metal, blues and cut through with killer riffs. A British band with a sound that’s equally at home across The Pond, they’re also renowned for being a formidable live force, notably as special guests of Iron Maiden, UFO, Extreme, as well as headlining their own shows throughout the UK and Europe. A popular staple on the festival circuit, the band has performed at Download four times and Sonisphere twice.

For me, their sound has all the classic hallmarks of Alter Bridge, Creed, Slash, Pearl Jam, Velvet Revolver, HIM, Avenged Sevenfold, Zal Cleminson’s Sin Dogs and, not surprisingly, British Lion….I could go on, but you’ll get the picture. Classy company!

They’ve had the usual share of ups, downs and personnel changes over the years. The core of founder, spokesman and bass player Tony Newton, together with long-serving guitarist Matt Pearce remains to continue the essential DNA and sound of the band; and drummer Joe Lazarus and vocalist / front-man Nik Taylor-Stoakes have been members for a while, so the only new guy this time around is Tom Gentry (GUN, Marco Mendoza) on guitar, bringing a recent extra dimension to the six-string assault.

Iron Maiden founder and bassist Steve Harris commented, “I’ve been keeping an eye on this lot for a while now, and they’ve produced a cracking new album with real promise. It’s great to support true British up-and-coming talent.” The new album was recorded and mixed at Harris’ Barnyard Studios, where his own side-project British Lion also recorded.

The album features ten new tracks, produced and mixed by Tony Newton (Iron Maiden, British Lion, KK Downing, Airrace) and mastered by Ade Emsley (Iron Maiden, Steve Harris). Across the industry, there is a sense that the band have raised themselves to another level with this release, and are ready to make their music resonate across the pond as well as in the UK, Europe and beyond – the catalyst perhaps being a new deal signed with new US label Explorer1 records.

Founder member Tony Newton says of the new record and fresh start for the band, “It feels like this is the right time for us. We’re incredibly proud of the new material and can’t wait for people to hear Simulation Game and join us for some amazing live shows”

But now, let’s focus on what is a very, very, good heavy rock selection! A review for a previous album described Voodoo Six as “Alter-Bridging the gap between classic rock, metal and alt-rock”, which kind of captures them perfectly!

The album starts off in some style with The Traveller, a metal intro followed by pacey classic rock riffs. Singer Nik has a great rock voice with a wide range and bigger emotions. A middle section of strings, smooth group harmonies and fluid solos really sets the bar.

Gone Forever is the first single, now available to stream and on video. It again has surprisingly smooth harmonies as well as Nik’s powerful lead vocals over a strident, clean riff – almost a hint of HIM?- it’s a nailed-on “rabble-rouser” as will no doubt be seen at gigs next year. Liar And A Thief also starts with a fuzzy monster of a riff, again with a hint of HIM in the lighter rhythm work. A huge chorus line bounces off the riffs before some very tasty solos take over. This song has Presence, and will be a monster live!

Inherit My Shadow continues the chugging riff-laden building blocks before pausing for delicate verses akin to Creed in their pomp. Its a lovely clean sound, really emphasised by the jingling twin guitars of Matt and Tony. Very powerful but very melodic, plus another stonking solo, I love this track! Last To Know is similar, it might sound strange but the string arrangements are again used in conjunction with chugging fuzzy riffs to create a wall of sound that is still clean and tuneful. Lost is another track that changes pace quite dramatically, some mega-riffing, power-ballad verses with echo-ey vocals, big choruses and some fizzing guitar.

Never Beyond Repair slows things down a little, it’s a string-laden rock ballad a la HIM, with lots of sinuous guitar and heartfelt lyrics delivered strongly. It’s well-written, thoroughly listenable, this is the one to wave your phones to at the next festival. The bridge section injects urgency before the vocal harmonies return.

Brake has beautifully fluid twin guitar work that at times reminds me of Wishbone Ash, albeit with a strident string arrangement leading the pace alongside the ever-present riff. It’s a catchy style of production, I really like the aggressive sound the strings contribute! More adroit changes in pace really keep you on your toes here. Control, although a clean band sound, feels like a bit of a filler, it isn’t quite up to the class of rest of the album but is still redeemed with scorching guitar interplay towards the end. It’s also one of anumber of tracks where Nik’s wistful but beefy vocals have more than a passing resemblance to Pearl Jam’s Eddy Vedder – it is that level of quality.

One Of Us completes what is a excellent set of contemporary hard rock compositions with another well-crafted track. Pounding bass and drums, clever changes in tempo, some fizzing guitar work plus entreating vocals create a blend of Alter Bridge and Pearl Jam that sucks you into the huge choruses.

To sum up, Voodoo Six’s new album Simulation Game shows just why the band has gathered such a loyal following. There may have been a few bumps in the road along the way but with this album, the latest incarnation of the band show that they still blend a classic heavy rock song structure with metal riffs, and a stonking vocal performance from both front-man Nik and the band as a whole, creating great tracks with a contemporary mix and timbre. I’ve made several references to major league bands and they fully deserve comparison, this is a great heavy rock album with big anthemic songs, wonderful melodies and really strong performances all round. I feel the need to explore more of their stuff!

Voodoo Six’s new album Simulation Game is released on October 16th. If you like the sound of what you’ve read, it’s available to pre-order from https://smarturl.it/VoodooSix 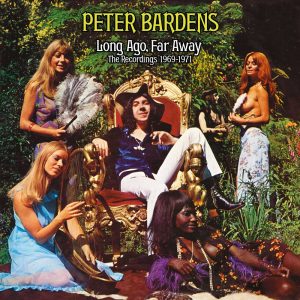