London based Alt rock band Wax on Water have released their new single You Know When You Know.

Taken from their forthcoming full length album THE DRIP – set to land in May ’22, You Know When You Know is, on the face of it, very apt given its release date was ready for Valentine’s Day. However, the darkly reflective lyrics penned by singer Maya Damaris are not necessarily confined to romantic love…in fact no cheesy, tired or overworn romantic cliches are deployed at all….. The song is as much about self-love as it is about romantic love and is more of a tribute to its core meaning to humanity. Deep, insightful and raw.

Camden, London UK: the very ‘home’ of cool music; a place globally famous for cool renowned artists. It also ‘alchemically’ inspires new music that you simply can’t imagine coming from anywhere else. So it is with Alternative Rock band Wax on Water, fronted by charismatic lead singer, songwriter and producer Maya Damaris, recently joined by newcomer Steven Blessing on guitar. The band expertly fuse together grunge, electronica, and industrial sounds with layers of strings, piano and intense guitars to produce a sound that is unquestionably their own. The band released their latest single just in time for Valentine’s Day: a reflective homage to the power of love, relationships and humanity – You Know When You Know. Full album The Drip lands in May 2022.

The first incarnation of Wax on Water featured the classically trained Damaris embarking on an ambitious quest to meld together all the wonderfully diverse music influences that inspired her growing up, including: Led Zeppelin, Bowie, Iggy Pop, Kate Bush, NIN, QOTSA, as well as Dinah Washington, all the Motown greats and many more besides. The outcome was the impressive 2018 debut album “Procession” released by the band’s own record label Howling Tempest. This release created quite a stir in the music world and led to the band, and their label, being signed to a lucrative distribution deal with The Orchard/Sony. The addition of experienced guitarist Steven Blessing in 2019 further marked the band’s evolution and elevation into the alternative musical tour de force it is today.

Forthcoming EP The Drip – Part 2,to be released 25th March, is  a pre cursor to full album of the same name and follows the previous EP The Drip – Part 1. All tracks demonstrate the wonderfully eclectic range of influences cleverly brought to life by Damaris and Blessing, and who playfully tease our appetite for the long-awaited full album of the same name The Drip, due in May 2022. The album will be a collection of sixteen songs that builds wholeheartedly upon the visceral raw energy of the first album and, with Blessing on board, lifts their sounds to a magnificent and exciting new level.The production of the album was an international affair: Drums for the album were played by LA drummer, Garren Orr (YolkLore, Tennis System) and the record was mixed at MooseCat Studios, LA and mastered by Will Borza at the Grammy Award Winning Howie Weinberg Mastering Studios, LA.

Latest single You Know When You Know on the face of it feels very apt given its release date around Valentine’s Day. However, no overworn romantic cliches are required here: the song is as much about self-love as it is about romantic love and is more of a tribute to its core meaning to humanity. Wax on Water expertly tap into the true essence of love’s higher power and as a universal force. As Damaris says: “When you come out the other side of a love relationship and find some strength again, you start to re-centre yourself and that’s the place that I wrote this song from. I do believe in love as a higher power; I think there are important love connections that we have while we’re on this planet and that’s one of the main reasons we are here – and this song is a manifestation of that.”

Read review of The Drip Part 1
Tag: The Drip, Wax On Water, You Know When You Know 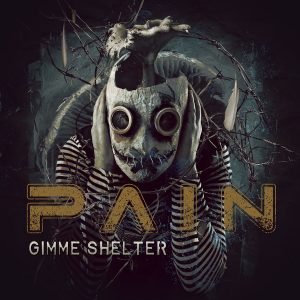