How Long? [is] a nicely nuanced piece of musical contrast, which metaphorically wipes its feet in a considerate manner before entering your ears and proceeding to settle in and lazily rearrange the mental furniture.

This is an album which certainly seems to have been a long time coming, owing largely to the rather smartly-judged (and appropriate) tactic of ‘drip-feeding’ it, as it were, via two preview EPs entitled The Drip Part One and – yes, that’s right – The Drip Part Two. I for one chanced upon the first EP, and found it interesting enough to write a review of it – and it certainly piqued my curiosity for the full album. Even the cover design has been cleverly done, with the actual ‘drip’ on the cover becoming more pronounced through the two EPs and now the album. The downside, of course, is that over half of the material here has already been released, but this is more than balanced by the buzz the release strategy has created.

The band, based in Camden, London, are a three-piece led by singer, songwriter and multi-instrumentalist Maya Damaris, and completed by drummer Garren Orr and the distinctive and inventive guitar work of Steven Blessing. They are variously described by such tags as ‘electro’, ‘alt-rock’, ‘industrial’ and various other descriptions thrown at this moving target which partially ticks all of those boxes without ever sitting precisely in any one of them. Wax On Water are, above all else, the creators of their own identity and single-minded in the path they want to forge, and this 16-track release is chock full of the reasons why that works so well, along with a few which also indicate areas where it doesn’t quite hit that mark quite so precisely. So, let’s dive in and wax lyrical…

The first nine tracks of the sixteen here are the ones already released on the EPs, which took those nine tracks precisely in order. The first thing which must be said is that at a whopping 16 tracks there is a little bit too much here. There are one or two areas in which things don’t quite catch fire as they do elsewhere, and a little editing would have tightened up the album considerably. Not necessarily to make it shorter, but to cut a couple of songs while extending others would, to these ears, have been a very welcome tactic. But we’ll come to that.

One of the things which gave the EP releases so much impact was the ‘short, sharp shock’ effect, with a fistful of pocket rockets getting straight down to business and hitting you straight between the eyes. This strength is one thing which paradoxically works against the album, however, with four or five ‘short, sharp shocks’ suddenly becoming sixteen of them, and seeing their power and impact diluted somewhat. Listening to the full album, what becomes clear is that while nuggets such as The Sting In The Raw, Seventh Son and You Know When You Know still retain their succinct effectiveness, it soon transpires that one of the things which the band are most effective at, yet don’t give themselves enough opportunity to do, is latching onto the power of a groove, and developing it as the very talented musicians they are. When they do give themselves a little rope to do this, their potential comes into startling, if slightly frustrating, focus.

A prime example of this is The Wrong Way, which at around five minutes is one of only four tracks here to be given that little bit of extra space to breathe, and immediately benefits. Not seeming at first to be one of the more ear-grabbing selections on offer, the twisty, quirky structure of the song is played around with and turned inside out until you suddenly realise that it’s transformed itself into one of the best tracks here almost without you noticing it. How Long?, at a similar length, repeats the trick, taking a restrained, serpentine langour and making it work as a nicely nuanced piece of musical contrast, which metaphorically wipes its feet in a considerate manner before entering your ears and proceeding to settle in and lazily rearrange the mental furniture. Perhaps the culmination of this approach is the near-seven-minute title track, which uses every one of those minutes to construct something of clear significance to close the record. If any of these pieces were to be given even more time and space to roam and explore themselves, one can only imagine them going on to be even better. It’s something of a shame that this wasn’t done, and so many songs were cut off under the four minute barrier here.

Don’t get me wrong, this is in no way to imply that the album is poor, as such is far from the case. On the contrary, it showcases a band simply bursting with ideas and refreshingly youthful confidence and exuberance. However, it could have been better yet had they recognised how good they could be as a musical collective and applied that magic to a few more of the songs. Wax On Water are a powerful band with an enormous potential. This album gives you about 75% of that power and potential, along with a roadmap illustrating how that could be transformed into something genuinely groundbreaking. Watch this space to see whether they go on to make that step on the next one and make the world sit up and really take notice.

Tag: The Drip, Wax On Water

Mark Boals & Ring Of Fire – All The Best!(Frontiers Music) 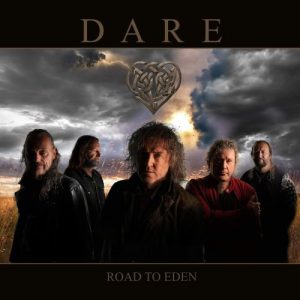