The 1980s was very much the decade of Hair Metal or Glam Metal. Those who grew up in the 80s as teenagers might look back at the period nostalgically but most of the rest of us who grew up before or after that decade probably cringe at the sight of the ridiculous quantity of hair on display or the absurdly tight spandex trousers. It’s as if the movement existed only to show later generations how terribly ephemeral fashion is! Go beyond the looks though and there was plenty of fine music being made and bands like Mötley Crüe, Def Lepperd and Bon Jovi rode the wave, and with massive sales to boot.

Besides those headliner names, there were many other quality bands around too and amongst them were White Lion, best remembered for their two hit singles (Wait and When The Children Cry) taken from the 1987 hit album Pride. The band released four studio albums between 1985 and 1991 with the common element being the presence of vocalist Mike Tramp and guitarist Vito Bratta. Later attempts to revive the band’s success without that pairing failed, proving that White Lion was really about the chemistry between those two artists. It is therefore fortunate that Cherry Red has decided to rerelease the four studio albums that Tramp and Bratta made together as a box set, supplemented by a live show from the same period (broadcast on TV at the time and previously available on CD only on the band’s compilation album The Definitive Rock Collection).

Mike Tramp was born in Denmark and after having played in a number of Danish bands, including one called Danish Lions, he moved to New York where he met American guitarist Vito Bratta and formed White Lion in 1983. They signed for Elektra, produced an album, but the record company were so unhappy with it that they refused to release it and terminated the band’s contract! Luckily their manager succeeded in getting it released in Japan and its eventual success avoided a very premature demise for the band.

Listening to that debut album now, it’s difficult to see what upset Elektra so much. Bratta’s guitar playing may sound a little too close to Eddie Van Halen for comfort perhaps, and Tramp’s high pitched vocals take some getting used to. It’s also true that there are some weaker tracks, plus one or two amateurish moments (the synth horns introducing The Road To Valhalla sound like something from a kid’s cartoon and had me rolling around laughing!) but there are also some cracking tracks covering a wide range of musical styles: Broken Heart is a smooth melodic commercial opener in the classic American AOR tradition; In The City explores the blues with a powerful vocal performance from Tramp: All The Fallen Men has an irresistible Iommi-style riff; and even The Road To Valhalla, once past those initial horns, is a fine ballad that builds up to epic tones by the end. It’s a surprisingly good debut and stands the test of time well.

That first album also highlighted two aspects of the band that would remain through subsequent albums. Firstly, there was a much darker side to the band than most in this genre, revealed also in the Tramp’s lyrics which are occasionally quirky but often thoughtful – dwelling on intelligent subjects from war, to apartheid, to child abuse even. Secondly, the band seemed to have something of a split personality: one part wanted to be a seriously no hole barred hard-rocking band; the other part just wanted to write those singalong choruses that would propel them to number one on the charts.

Atlantic signed the band for their second album Pride. From the opening notes of the excellent rocker Hungry you can sense the more polished production here. Lonely Nights that follows it is equally smooth and equally good. Lady Of The Valley, a lengthier and well-constructed song has two great solos from Bratta, the second in an unusually soulful style for him. On the strength of the two hit singles, the album made #11 on the US charts, but listening to those two singles today, one does tend to wonder what the fuss was about. The split personality I mentioned comes out wonderfully within the track All You Need Is Rock N Roll which has a quite brilliantly powerful and energetic verse in a classic Zeppelin style before shifting into a slightly irritating pop anthem for the chorus line. If I could pick a track that best highlights the schizophrenic nature of the band, it is this one so I am pleased they used it for the title of the box set!  Overall, it remains a good solid album and a big step forward in terms of production quality and of course sales, but (I risk the ire of White Lion fans here) it was perhaps a slight step backwards in terms of the quality of the material on offer.

The 1988 Live: Ritz – New York live set contains the whole of the Pride album – yes, all ten tracks, just in case you’d forgotten anything from the previous year’s release. Playing on their home turf, the audience is clearly with them and they play a good tight set. Interestingly, the aforementioned All You Need is Rock N Roll sounds much better with the chorus being less pop-ish and fitting in better with the rest of the song. As you might expect, the songs are delivered in a faster heavier style but without really adding that much to the studio versions. There are only three tracks in the set from the debut album including The Road To Valhalla which is delivered as a touching acoustic ballad that brings out the melody (fans of Camel might spot a similarity with Drafted from the Nude album). It’s inexplicable why they overlooked All The Fallen Men, Kid Of 1000 Faces and other tracks from the debut album that would have been electric in a live environment.  It’s as if Deep Purple had decided to grace Made in Japan with Maybe I’m a Leo and Never Before rather than Highway Star and Smoke On The Water!

So, next up is the difficult second album, Big Game, which came out in 1989. OK it was the third album really but you know what I mean.  It’s the same band and production team and pretty much the same style as Pride. Don’t change a winning formula, right? While the formula was the same, the American public’s tastes weren’t, at least with the singles which didn’t chart.  The album did made a creditable #19 on the US charts and curiously,  made it to number 47 on the UK chart indicating a growing fan base on this side of the ocean. Opener Goin’ Home Tonight is a fantastic song, one where they merge their rock and commercial elements perfectly. It’s one of those songs that you sing along to loudly while driving down the highway with the window open. It really should have been a single. The same goes for Don’t Say It’s Over, a very  commercial song with a really infectious chord sequence and melody. Maybe the band felt that they had to stick to ballads as singles to repeat the success of Pride, but if so that was a pity. In general fans seemed to have thought that this album was a step backwards but personally I don’t think that’s really the case.

For 1991’s cleverly titled Mane Attraction the band made a deliberate attempt to go back to their heavier rock roots. That spirit comes straight away in the ambitious hard rocking opener which after a mysterious beginning goes straight for the jugalar and doesn’t let the energy drop for the rest of its eight minute duration. The infectious bass driven groove of Leave Me Alone and the crunching Sabbath-like riffs in She’s Got Everything are other welcome returns to a more basic rock style. Bratta also seems to be a little more adventurous. Listen to his emotional blues playing in the instrumental Blue Monday, or the middle section of Warsong – both of which leave you wishing Bratta had used that expressive style much more often. There are still the more commercial songs on the album, including a rerecording of Broken Heart from the debut album (slightly inferior in my view) and an excellent ballad, You’re All I Need, which has a more compelling melody that many of their previous efforts. The album only made #61 in the States but reached #31 in the UK.

Overall I would venture to suggest that Mane Attraction deserves to be considered the band’s best album, merging the heavy style of their debut album with the more mature writing style that they had acquired over the years. Unfortunately, that was the end, not a new beginning.  The lyrics of album closer Farewell To You say it all: ‘Well it’s time to say goodbye, my friend. I’m glad you stayed until the end. I hope you enjoyed the time we spent’. Whether they realised that they were at the end of the band with that line-up, or instead sensed that the Hair/Glam Metal scene was about to be blown away by grunge (1991 was also the year of Nevermind), I don’t know, but the song was a fitting farewell to end the eight year collaboration between Tramp and Bratta, just as this box set is a fitting tribute to that classic White Lion period. 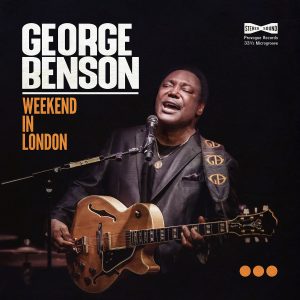