Winterage is an Italian Symphonic Power Metal band that has taken strong influences from classical, Irish and medieval music which they very cleverly infuse with symphonic metal to make a most glorious and totally epic metal extravaganza. Again, symphonic metal is designed around the old adage that more is definitely more and then along comes Winterage and takes it to another level entirely. The Inheritance Of Beauty is an album that you have to be totally prepared for so put on the seat belt, take a large glass of your favourite beverage, say a nice single malt, and prepare yourself for a musical journey that will not only take you to the edge of the precipice but will also push you completely over the edge. This is big, big and I mean BIG symphonic metal that incorporates everything including the kitchen sink!

The band set out their stall very neatly with the powerful Harmonic Passage which most definitely marked them out as a band to watch closely and now they have cranked everything up to 11 for this audacious and amazing metal album that simply batters you to submission. This is a typical Italian release by which I mean that Italian musicians are never undersold and when they make a statement then it is made as though it is the soundtrack to the end of the world and they really do give body and soul to the cause. So, what happens when you take an outstanding symphonic heavy metal rock band and add orchestra, choir and then use the violin as a lead instrument and the answer is, of course, orchestral Heaven. For sure, there will be plenty out there who will berate its over the top nature but that is to miss the point entirely as it is meant to be huge, crazy and truly earth shattering.

There have been several changes in the band since its inception and the musicians responsible for this masterpiece are Daniele Barbarossa on vocals, Gabriele Boschi on violin and orchestration, Riccardo Gisotti on guitar and bouzouki (although it appears he has now been replaced by Gianmarco Bambini), Matteo Serlenga on bass and Luca Ghiglione on drums and then you need to add Dario Gisotti guesting on Uillean pipes and whistles as well as the little matter of a 21 piece orchestra including conductor, four folk musicians and a 20 piece choir. If you are going to do it right then do it properly and hang the expense! Oh, and it’s a concept work too about the fight of beauty (through art) against human decadence and if any nationality knows anything about art then it is the wonderful Italians. The vocal interplay is complex and ground breaking and an intriguing mixture of English and Italian as the story opens up for you to become fully immersed in. One of the reasons I was attracted to Kansas was the use of violin which is an instrument ideally suited for rock music and the use of the violin by band founder Gabriele Boschi is remarkable as it is played as a lead instrument and it combines perfectly with the guitar work of Riccardo Gisotti.

There is plenty of metal here to enjoy but the addition of traditional instruments adds another dimension to the band’s sound and then the choir and orchestra simply sends the music stratospheric. Try to think Terra Atlantica, Rhapsody, Avantasia and the Trans-Siberian Orchestra to get a flavour of what Winterage specialise in. The album starts with Ouverture, a spectacular choral affair with the orchestra stirring into life like some immense and powerful waking dragon before the band bursts into life with the sumptuous title track and the energy levels do not drop throughout the album. Of course, it is impossible not to mention the grandiose album closing The Amazing Toymaker a sort of Hans Christian Anderson meets a gargantuan Led Zeppelin complete with fantasy narration and a perfect summation of the band and the raison d’être behind Winterage.

The Inheritance Of Beauty is a work of art to be enjoyed on so many levels and never fails to thrill. 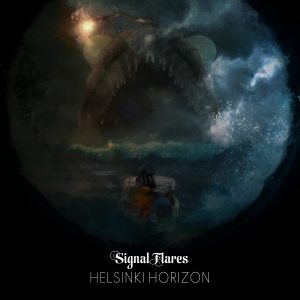 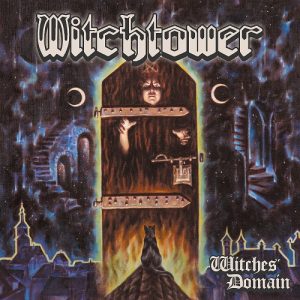 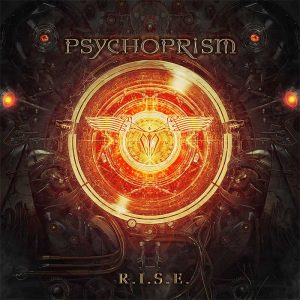