All these three albums are full of fine prog moments and are worthy of gracing the collection of any prog fan.

Wobbler are probably best known for their 2017 opus From Silence To Somewhere, undoubtedly one of the best prog releases of that period. Their reputation was cemented further last year with the well-received Dwellers Of The Deep. Readers may be less familiar with their three earlier albums, especially since they are quite hard to get hold of. And so, the timing is impeccable for Karisma to reissue those first three albums. As well as individual CD and vinyl releases, there is a three-disc vinyl box set along with a 12-page booklet, as well as limited edition vinyl releases in different and very original colour schemes for each album: yellow vinyl with red & white marbling; transparent vinyl with blue & black marbling; and transparent yellow vinyl with blue & black marbling. Those should probably come with a warning since watching them on the turntable will probably make anyone who is not colour-blind feel seasick!

The origins of Wobbler go way back to 1999. Three members of the original line-up are still happily with the Norwegian crew to this day – Lars Fredrik Frøislie on keyboards, and the rhythm section duo of Hultgren (bass) and Kneppen (drums). Of the other two founding members, guitarist Morten Andreas Eriksen played on all three of these albums (and then left), while Tony Johannessen sang on the first two before making way for Andreas Wettergreen Strømman Prestmo. The common denominator that brought the band together was their shared love of the progressive rock music of the late ‘60s and early ‘70s. The first bit of visibility the group gained beyond the local scene came in 2003 when they posted a demo of two long tracks (totalling nearly half an hour) on the Internet. This led to a recording deal with the US label The Laser´s Edge and in 2005 their debut album, Hinterland, came out. Cementing their reputation for writing long songs, Hinterland was nothing if not ambitious. Leaving aside the forty seconds of Serenade For 1652 (I don’ know what happened in 1652 but surely it deserves better than this doodle!), it consists of just three tracks split in Yes-style: with a single track for one side of the vinyl, and two ‘shorter’ songs on the reverse side. The 27-minute title track is a thoroughly enjoyable prog affair even if riddled with the band’s influences of yore: the energetic ELP flourish that opens the piece; the Squire-like bass (especially around the eight-minute mark); the acoustic guitar and flute that brings back memories of early Genesis; and the Mellotron that evokes King Crimson. In the end it’s almost a nostalgic who’s who of early prog music but there’s really nothing wrong with that as an opening shot for a new band. They never actually plagiarise other material but seem determined to reproduce the same musical timbres of their heroes. Rubato Industry is again another varied piece, opening with an aggressive instrumental, full of complex time signatures, this time more reminiscent of Van Der Graaf Generator than anyone else. There are quieter keyboard and acoustic dominated sections before a satisfying recap and climax. Clair Obscur closes the album and is, despite one of two heavy moments, the most laid-back piece here with a strong emphasis on showcasing Frøislie’s keyboards (piano, Moog, organ – you name it, he plays it!). It’s an instrumental too which is no bad thing given that Johannessen’s vocals on the other two tracks are in no way memorable. I suspect the band may have recognised that and limited the amount of singing as a result. Again, that’s no bad thing – think about Camel’s Mirage as a similar example of a brilliant non-instrumental prog album with only a minor part for the vocals. Musicians are notoriously poor judges of their own music, but Frøislie sums the album up perfectly in the booklet: ‘Hinterland bears the mark of a band with little to no studio experience. It’s a fumbling, but charming debut album with its share of cool sections’. Fumbling yes, but those cool sections do make it well worth revisiting.

It was four years before the next album, Afterglow, saw the light of day. Sophomore albums are notorious for being ‘difficult’, so did Wobbler…….wobble, you wonder? Well, the answer to that is both ‘yes’ and ‘no’. The ‘no’ is because there are two excellent long tracks on this release; the ‘yes’ is because those two tracks are actually spruced up versions of the 2003 demo material mentioned earlier! Leaving those two tracks aside we only get three short pieces lasting a total of six and a half minutes (yes, if you are quick at mental maths, you’ll have realised that Wobbler created on average one second of new music every four days in that four year period!). These three short pieces are all written in a bizarrely medieval style. To be honest, they sound like the soundtrack to a Robin Hood cartoon, that is until halfway through the closing track Armoury when the group seem to remember they are supposed to be making prog music and Frøislie launches into a series of epic organ chords that make Rick Wakeman on Parallels sound like he’s playing a toy piano. Very strange.

The two pieces on the 2003 demo (which, if you are curious, you can find on YouTube) were entitled Imperial Winter White Dwarf and Leprechaun Behind The Door. Not sure what the fascination was with small imaginary creatures in 2003 but here we lose them both and get more sober titles: Imperial Winter White and In Taberna. Musically, the ideas are pretty much unchanged although there’s a lot more detail and gloss in the production of course. Imperial While Dwarf has an excellent synth theme and a recurring thumping bass motif. There’s also plenty of acoustic guitar, plus the ubiquitous flute in yet another fascinating but slightly sprawling song. In Taberna is an instrumental that goes through myriad changes in pace, time signatures and instrumentation – the striking introduction of the cello at the 8-minute mark was a highlight for me. As with Imperial White Dwarf it has heavier almost prog metal sections, perhaps hinting that these compositions pre-date the more prog-oriented material on Hinterland. They are in any case two pieces that fully deserved to see the light of day, so no complaints there but it still begs the question of what the band had been doing with their time since Hinterland.

Two years later, Rites At Dawn emerged and what a difference those two years made! Previous releases had sounded like they were actually put together some time around 1970 whereas here the production leaps forward several decades, almost with a neo-prog gloss. The tendency to meander and create sprawling pierces has also been curtailed and the songs are much more concise – leaving aside the short instrumental pieces that open and close the album, three of the five tracks are less than ten minutes (their previous shortest proper song was Rubato Industry at 12 minutes and 43 seconds!). The myriad influences have also been trimmed down – basically down to one: Yes. Don’t get me wrong: I believe the early output of Yes represents the pinnacle of symphonic progressive rock, but this album is so similar to those Yes classics that it is a little sinister at times. If the album had been released as The Lost 1973 Yes Tapes then Yes fans would be praising it as a classic piece by Anderson & Co. The material is definitely top notch and so much closer to real Yes quality here than say poorer imitations such as Starcastle. New singer (and guitarist/composer) Prestmo is probably one of the primary reasons for this change. His voice doesn’t sound like Anderson’s but the vocal phrasing is remarkably similar.  Hultgren’s bass is even more like Squire than usual if that’s possible, and even Eriksen sounds distinctly Howe-like in his solos. Perhaps the most significant change is with Frøislie’s keyboards – gone are the analogue sounds of the late ‘60s, and we get mostly synthesisers, in the mode of Wakeman circa 1973. All these Yes influences come together best in In Orbit, where the highlights are the short but gorgeous vocalising part at the mid-way point and the vocal climax with Wakeman-like swirls on the Moog. A Faerie’s Play is another fine concise track, this time with a hint of a Yes boogie, while The River opens with a promising and complex instrumental that has the energy and complexity of the opening of Close To The Edge about it, but then drifts into the sort of disjointed structure that plagued previous albums. It is an excellent album overall though and much more modern and compelling than its predecessors.

All these three albums are full of fine prog moments and are worthy of gracing the collection of any prog fan. The tendency towards sprawl and imitation means that they remain very much flawed gems rather than genuine masterpieces. It would take the arrival of Geir Marius Bergom Halleland for the last piece of the personnel jigsaw to fall into place that would lead to From Silence To Somewhere, but thanks to Karisma we can now clearly see the fascinating course the band charted to get there. 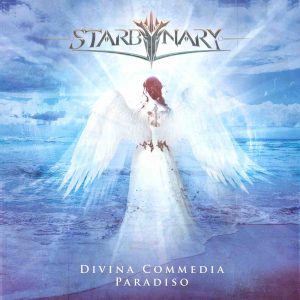 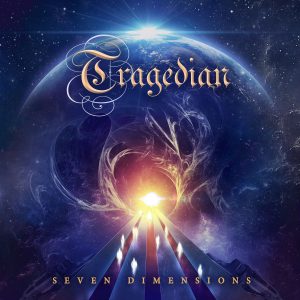