Wolf Jaw may be a new name, but the Midlands power trio started life as the Bad Flowers, bringing out an EP under that name in 2016 and a debut album, Starting Gun, in January 2018. Based in Cannock, Staffordshire, the home town of Deep Purple’s Glenn Hughes and no more than a stone’s throw from the origins of Black Sabbath and Led Zeppelin, the guys were weaned in the cradle of hard rock.

Whatever prompted the change from the Flowers to the unashamedly more butch Wolf Jaw, there is no change of direction or lineup, with no-nonsense meaty beats pumping out of every song. Dale Tonks’ rumbling bass seems to me to be the heart of the band’s sound; neither fast nor flashy, it underpins the whole sound with an unnaturally deep growl. In fact there is nothing advanced or even particularly notable about the instrumentation; there is no guitar shredding or vocal pyrotechnics; each song follows a fairly rudimentary template, with a distinct flavour of ‘this is who we are, take it or leave it’.

Nevertheless, the opener Hear Me (featured below) is one of the album’s best; a thumpingly heavy introductory back beat under mumbled lyrics giving way to Saxon-heavy hard rock, and then some definite Dave Grohl screaming at the end. For the first four tracks, the only variable is basically the tempo – but then suddenly on track 5, Piece Of me, we hear clear-toned guitar reminiscent of 80s Scots poppers Big Country, with sweet echo, until the sound gets louder and louder towards a short solo near the end.

The next track, Open Your Eyes, is the highlight of the set for me though; starting with distinctly Led Zep acoustic strumming, the vocals appear over the top after a lengthy intro. Military drums come in at about 2½ minutes, which then morphs into a nicely restrained rocker with intermittent bass. It’s the best track by some margin, despite rather petering out at the end, although second-to-last track Beast is also worth a shout for its fluent, driving rhythm, somewhat reminiscent of Motörhead’s Orgasmatron, and somewhat punky vocals. If you like your rock’n’roll straight up without a twist, this is one for you. 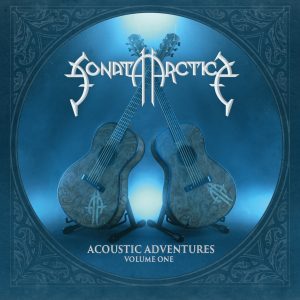 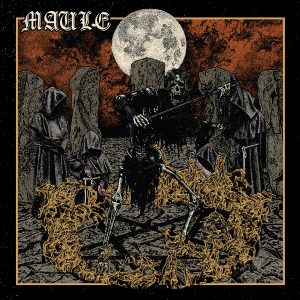