Davey is a multi-talented English individual who has seen more than his fair share of life’s twists and turns – mostly music-related but also including creative writing, and working as a fly-fishing guide in such fabulous, remote places such as Northern Manitoba!

As a young rock fan, he got interested in traditional folk music, started singing and playing at folk clubs, developed a taste for Prog, and then became part of Red Jasper, a 90’s folk-rock band (as in ‘rock band with folky influences’ rather than mainstream folk rock). “Stuff” happened, and Davey left the band and did his own thing for a while before moving to Cornwall, getting back into folk and performing again with the release of his first folk album Kernowcopia in 1997. Things progressed, he still knew people in the industry, he regularly performed live with a revolving selection of friends, including several big festivals in 2019, generally having a great time.

A follow up solo album (with familiar friends) Toadstool Soup was released and launched on 1 March 2020 (see Velvet Thunder review), and he was off to France the following day supporting Pendragon on a European tour. They did a handful of sold-out gigs before Covid meant the tour – and all live music – was cancelled…

Rather than sink into a pit of depression, Davey turned his attention to a project that had been brewing for some time – a concept album that takes the listener through a modern pagan Druidic “Beltane” ritual (Beltane being the Celtic festival of Spring). Friends and collaborators were eager to contribute, the ‘core’ band being Daniel Billing on bass, Gillie Hotson on electric violin and David Clifford on drums. Having said that, the band members have recorded their individual parts in isolation, including guests Colette DeGiovanni doing her haunting vocals in her bedroom in Bodmin, and Martin Soloman playing Celtic harp at his house in Bristol! – and so The Rite of Spring was created!

This album is slightly different from Davey’s previous work, although Toadstool Soup was a step towards this fuller sound, and certainly shared a sense of “magick” and connection to the natural world – understandable given Davey’s interest in Druidic studies. The Rite of Spring continues that natural progression, it’s a full-on concept piece of many layers, forming a folk-rock song-cycle that takes the listener through the ritual, albeit in a modern, contemporary format.

Although it has been described as Celtic-influenced, there’s also a broader touch of psychedelia, and the notion of pagan ritual is both ancient and modern, centred around the highs and lows of the natural year in this Sceptred Isle of ours – the spirit of Albion is alive and well!

There are twelve tracks here, and although they don’t exactly correlate with the months of the year the full song-set does feel like a wider celebration of the change of the seasons, whilst simultaneously being the telling of one significant event. It starts with the Prelude, then Summon The Tribe, both of which are simple, sparse tribal rhythms setting the scene. The Elemental Circle is the first of several fuller band-led tracks, a celebration of the different weather systems we endure then enjoy.

The core sound is an electric mandolin providing the foundation for electric violin and continued tribal drumming, percussion and bass. Davey mostly takes central story-telling stage on vocals, but Colette’s haunting voice with others providing further choral layers really gives that sense of mysticism. Sing To The Sun follows that, a quickening beat echoing the start of growth. The combination of mandolin and violin is mesmerising and perfectly captures the mix of magic and saga.

The Rite Of Spring is the natural centrepiece of the album, the longest track, distilling the forms of the Goddess in the ages of woman in parallel with the waxing strength of the sun. Not unlike early Ashley Hutchings and Steeleye Span material, the naturalistic drumming, fuzzy bass and shimmering mandolin/violin work their magic. The short following instrumental ‘Bridge’ is, I suspect, a recreation of the sense of entering, crossing into from one season into another? The Telling builds on that wider scene, picturing the Earth and the relationship we have with everything around us.

A trio of instrumentals follows. Awens is a Cornish/Welsh/Celtic word for Inspiration, so the two short pieces perhaps reflect that sense of wonder for the world we inhabit. Hand In Hand at the Rollrights perhaps describes another part of the ritual, a gentle almost pastoral walk through a formation of ancient standing stones (The Rollrights being a set of megalithic monuments on the edge of the Cotswolds). Another sense of movement, crossing into Summer? The next track, Unwind the Circle, seems to emphasise that, the constant movement of winds, spirits, seasons, culminating with the final track Light The Beltaine Fire! – Spring well and truly arrived, the dawn of Summer.

I do like this album, it’s a polished production, happily mixing old and new, and you don’t have to be a druid, or a “pagan” or a folkie to enjoy it! Davey writes quite sparse but subtly mesmerising arrangements that are nevertheless able to capture the essence of the seasons as they traverse the earth, the band comprising some very talented musicians using a fascinating mix of electric instruments to weave a contemporary, hypnotic, almost ambient-rock feel.

Davey is currently rehearsing with the ‘core’ band – Daniel Billing (bass), Gillie Hotson (electric violin) and David Clifford (drums), aiming to be able to perform at festivals this summer, and hoping to perform the album in its entirety next Spring. Lets all hope so! 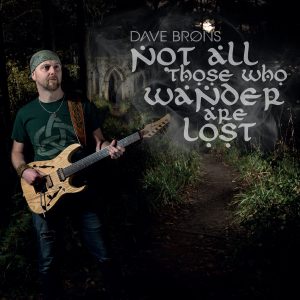 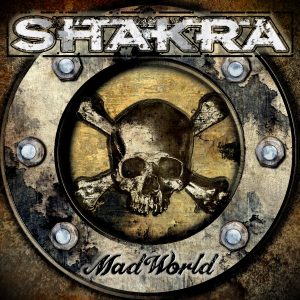