King King have to move the release date of their new album ‘Maverick’ to Friday 27th November 2020. To mark the previous release of their new album, King King release their third single “Dance Together” (radio edit) on Friday 6th November 2020 via Channel 9 Music – King King’s new independent label. The new single will be sent as instant grat track to everybody who pre-ordered the album. The 10-track album, released on CD, vinyl and various bundles, is available for pre-order from www.kingking.co.uk.

Statement from King King: “It is with a heavy heart that we as King King, have to let you know we have had a slight issue in regards to the artwork for the album which means that it has had to be recalled in order for this to be fixed. We have worked so hard on this record and we feel that you guys deserve the absolute best quality from all aspects of production that we are able to give you so…in simple terms it means now – especially with new restrictions imposed on all industries a few more weeks is needed to deliver the album to you. We understand that you guys have been waiting patiently to have the new album in your hands and we know this delay will be frustrating but if we can ask you to hang in there just a little longer, it will be worth the wait. We feel we have the best fans in the world and hope you will understand that this is disappointing and frustrating for us too but, we promise you the best album we have ever made. Take care and be safe from all at team King King!”

The first single ‘I Will Not Fall’, which has been A-listed on Planet Rock, will be available as an instant grat track, with all pre-orders plus more exclusive content, including track by track commentary from Alan Nimmo.

“Recording the new album with the new line-up has been a whole lot of fun and very interesting,” says Alan Nimmo. “It’s great watching the guys using the great talent they have bringing the songs to life.”

Most of the songs, bar one, were co-written by all the band members, while all arrangements were co-written by Alan and keyboardist Jonny Dyke. Says Alan, “I value contributions from all of the guys in the making of new music. Johnny and I found a great rhythm working together. We just got our heads down and made sure that the songs were arranged in the best way possible.” King King have evolved as a band, and their fifth album, Maverick, is no exception, and they cant wait to get to play it live! 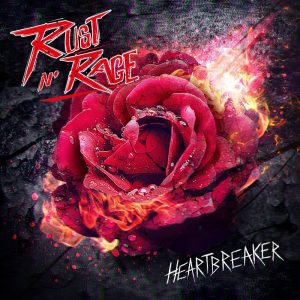 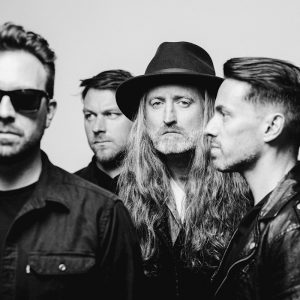