‘AT THE MAW OF RUIN’ OUT NOW  VIA EARACHE RECORDS

From the label that brought you doom pioneers Sleep, welcome to the stage Green Druid. Brooding, atmospheric, isolationist.  With weighty riffs summoning the Lovecraftian horrors of the cosmos, Green Druid’s music entrances listeners with tales of the Old Blood and of dismal worlds too soon forgotten.

Psychedelic Denver-Doom outfit Green Druid endeavour to cast Earth Magick with their latest offering ‘At The Maw of Ruin’. Presenting themes of dendromancy and revealing how mankind has destroyed the very essence of our beings – Green Druid have set out to craft a perfect soundtrack to entice listeners to be more conscious of mother earth.

‘At The Maw of Ruin’ is out now via Earache Records.

LISTEN TO ‘AT THE MAW OF RUIN’ ON SPOTIFY

Hailing from the land of Denver, Colorado – the first US city to legalise marijuana – Green Druid worships at the feet of the monolithic amplifier and performs holy communion with the onslaught of murky tones that emanate from its maw.

Two cycles of the sun after their debut, Green Druid have emerged once more to give an important message.
“In order to cleanse the rot from our planet, we as a species need to stop thinking so inward and have a ‘death of self’.

The band says this about the record
“Writing At the Maw of Ruin was an extremely cathartic process for all of us that began over two years ago. The album heavily features apocalyptic themes which unbeknownst to us ended up being very appropriate given the current state of the world. Stylistically the album differs from our previous works. At the core, it’s still riff driven, doom metal, but some of our other musical influences such as post rock, black metal, and progressive rock have come closer to the forefront. Hopefully the listener can experience catharsis to the same extent we did while writing/performing the album.””

WHAT THE MEDIA SAY ABOUT GREEN DRUID

“The perfect jam for any fan of psychedelic doom”
Metal Injection

“This is doom… and it is mighty”
Stoned Meadow of Doom

“Green Druid hail from the first state to legalise cannabis, and that’s no surprise”
The Quietus

“Denver’s Green Druid traffic in the kind of stoned, fuzzy doom metal that has
soundtracked 25 years of bong-ripping sessions since the release of Sleep’s Holy
Mountain”
Bandcamp (Band of the Month)

The new music video for the track ‘A Throne Abandoned’ is out now.

The band says – “A Throne Abandoned tells a mythological story of mother nature righting the wrongs of mankind and taking her revenge on humanity. After being used and abused for thousands of years, she sets forth the destruction of all human life. The imagery of an empty throne overtaken by nature is a reminder that no matter what your status is, whether king or peasant-we all die the same and the natural world will outlive us all.”

In summary, now is not the time for complacency.  It’s the time for action, and as the band knows all too well, make enough noise and people will listen.

05 Desert of Fury/Ocean of Despair

At the Maw of Ruin is out now via Earache Records.

WHAT THE MEDIA SAY  ABOUT ‘AT THE MAW OF RUIN’

“The Earth surely risks being swallowed whole when this band plugs in.”
New Noise Magazine

“The cover art for this is disgusting and I absolutely love it. Listening to someone singing about rotting bodies with such a soft voice is so unsettling that it sticks with you.”
The Prog Space 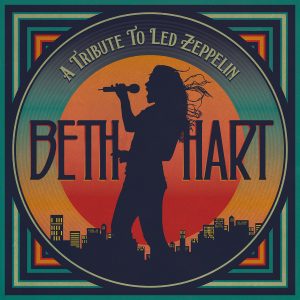