Following the release of the vinyl reissue of their debut album Dominion on APF Records at the start of this month featuring new single ‘Draw The Shades’,  horror themed, John Carpenter worshipping, metal outfit Video Nasties have announced tour dates with Aggressive Perfector. The November run of shows will also see Video Nasties perform at this year’s Damnation Festival in Leeds alongside the likes of Pig Destroyer, Wolves in the Throne Room and Godflesh.

Bassist Rick Owen comments “This tour has been a long time coming for us, originally planned for November last year in support of Dominion. So as you can imagine we’re chomping at the bit to get out there with Aggressive Perfector and appearing at Damnation before we hit the road is the icing on the cake for us.”

Comprised of members from some of Liverpool’s finest heavy exports in The Bendal Interlude, SSS, Magpyes and Iron Witch,  the quintet that is Video Nasties mixed death metal with punky and thrashy undertones, creating something morbidly macabre and devilishly debauched on their debut record. Picking up universal praise from the likes of Kerrang, Metal Hammer, Metal Sucks, Decibel Magazine, Metal Injection, Zero Tolerance, Total Guitar and Metal Heads Magazine, ‘Dominion’ also caught the attention of Trivium’s Matt Heafy who included it in his top albums of 2020.

The ‘Dominion’ vinyl repress/’Draw the Shades’ Flexi-disc combo is available to order now.

“Video Nasties are one of those bands I like to call impossibly good. You cannot believe there is a band out there that are this good that aren’t a household name yet. But they will be, mark my words. This is Draw The Shades, and it’s absolutely bloody amazing.” – Alex Baker (Kerrang Radio)

‘Thrash, death metal and horror movies. How the hell were we ever not gonna love this?’– Metal Hammer

Tickets are on sale now – https://routeonebooking.tourlink.to/videonastiesaggressiveperfector 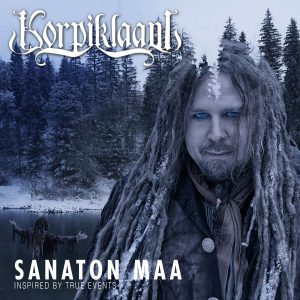