It’s been five years since their last studio album, Endless Forms Most Beautiful, and now Nightwish release their ninth offering, Human. :II: Nature. It’s a double CD, the first having the usual Nightwish characteristics; the soaring, precise vocals of Floor Jansen leading those recognisable symphonic, bombastic, metallic melodies and a second instrumental album. But this isn’t the normal type of instrumental bonus you normally find, a mix containing the same tracks, but with the vocals removed.  Oh no, this is different, it’s a 31 minute standalone orchestral instrumental piece entitled All The Works Of Nature Which Adorn The World and believe me, it IS different.

However, if you had any doubts that this is a Nightwish album Music should reassure you that this isn’t the case.  It’s a seven minute mini epic with those staccato guitars and huge choral arrangements.  Noise continues in the same vein and with a similar recognisable melodic line. But now there’s a change, from Shoemaker through to Procession being less metal, more prog.  Floor’s vocals still shine through the massive symphonic accompaniment.  Harvest, however is a total break from the traditional sound, with more of a Celtic feel than Scandinavian.  It starts with a heavy bodhran sound and the Uilleann pipes lend it a gentler atmosphere altogether.  Nightwish can’t resist turning the harvest festival into a ceilidh, but with grain and water mentioned in the song, I suppose there’s no real surprise there, as the mood changes to the wild dance of Pan.  Continuing the Celtic feel is How’s The Heart?, as Nightwish have a go at a catchy, more popular song.  And probably succeed!

The mood swings again in Procession and Tribal, the latter having a dark, brooding feel; with plenty of drums and minor keys, followed by chanting and a wild drum beat.  Heavy as you like! If you weren’t convinced by Music as an ‘epic’, then don’t despair, surely Endlessness qualifies.  BIG sound, brilliant arrangements; there’s all the feel of a soundtrack here.  It’s back to form and a fine conclusion to the first CD.

All The Works Of Nature Which Adorn The World is a sidestep away from the normal Nightwish sound, but you’re never of the opinion that it’s a complete sea-change.  There’s enough there to remind you that it’s still Nightwish. There are soaring, uplifting melodies in Vista and The Blue which break suddenly to moments of tranquillity with a pastoral feel. It left me feeling that The Green meant the village green.  I was almost expecting to hear the bleating of sheep, but Pink Floyd this isn’t!  Troy Donockley’s Uilleann pipes perfectly evoke the wide open landscapes of the Moors and Quiet As The Snow continues that mood.  Ad Astra reminds us that Nightwish would like us to know that Mother Earth will get on with things quite well on her own without those annoying people trying to screw everything up, so we’d be better off helping her do just that.

Human. :II: Nature isn’t going to totally appeal to the manic metalheads, but it’s definitely an ambitious attempt to diversify and, for me, it’s a pretty good attempt too.

A retired council officer and a long-time rock fan, whose favourite acts include Genesis (with Gabriel), Mostly Autumn, Arena, Dr Feelgood and Black Sabbath, plus a few more. For those who want to know, he's a Bolton Wanderers & St Helens Rugby League fan 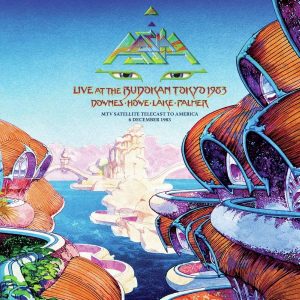