Swedish progressive metal band Evergrey is gearing up for the release of their highly anticipated 12th album – on February 26th 2021 they will release Escape Of The Phoenix, another heavy, melancholic and thought-provoking journey as only EVERGREY can create

Written and recorded during the ongoing global Covid-19 pandemic, Escape Of The Phoenix came to life according to plans that had been laid out in 2019. Englund and drummer Jonas Ekdahl began composing the songs in January, creating a foundation for the album before EVERGREY gathered together and arranged the songs as a group. Unlike a typical creative process, which is often interrupted by appointments, travelling and one-off shows, lockdown requirements gave the band much needed time to work unhindered. The result is 11 songs that embody everything EVERGREY fans have to expect, albeit “a more metal version of ‘The Atlantic’, with songs that are more direct” according to Englund and producer Jacob Hansen.

James LaBrie (singer of legendary Dream Theater) will appear as special guest on the new EVERGREY album! One of several high points on Escape Of The Phoenix, both lyrically and musically, is The Beholder featuring Dream Theater vocalist James LaBrie singing a duet with Englund. As a fan of the band, and crediting Dream Theater & LaBrie as playing a key role in his development as a musician, Englund felt the song would benefit from the addition of LaBrie‘s performance. It was a sentiment shared by all of Evergrey‘s members, and the collaboration came together with a simple e-mail. Englund: “I just wrote to James and told him about the idea for the song, and that it would be great to have him on it. He really liked the song and agreed to do it.”

Listen to the single and pre-order the full album here
Tag: Escape Of The Phoenix, Evergrey, Forever Outsider 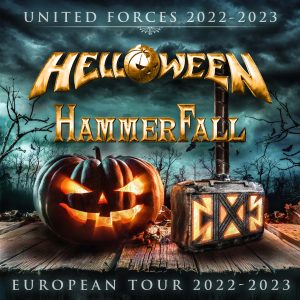