Had Flying Colors never existed, it would be strange to try and conceive of them. On paper, merging legendary Dixie Dregs heroes Steve Morse and Dave LaRue with prog rock’s prolific allies Neal Morse and Mike Portnoy, and then dropping in pop/alt-rock singer and songwriter Casey McPherson might seem an odd match, but it’s proven to be a surprisingly successful collaboration over the course of the last seven years. These guys could easily have opted for a heavily instrumental approach to flaunt their impressive abilities, or gone the more retro-symphonic prog route already familiar to listeners of the sizable Morse/Portnoy output. And while the results would surely be high quality, would the music really be anything we hadn’t heard before? The addition of McPherson to the mix is what inevitably shifts the music to a different place, with a concerted focus on the songs themselves that gives them a melodic richness and a broader appeal.

While 2012’s Flying Colors and 2014’s Second Nature were terrific, eclectic albums that showcased the strengths of these five musicians, it’s their new release, the appropriately-titled Third Degree, which sees the band delivering their most cohesive effort to date. Powerful, emotional, occasionally complex but always accessible, Third Degree is a more grown-up, sophisticated work than its siblings, a vibrant document of a band whose influences and directions have fully coalesced to help them produce something laudable, while distinctly unlike any of their other projects. There’s no grand concept here, no overture or ever-repeating themes, no half-hour epics (okay, so two pieces do top the ten minute mark, but you get the idea). There’s also less of the arbitrary sharing of lead vocals than on the previous two albums. McPherson has settled comfortably into his role as front man, and with his strong voice and wide range, it’s the right move to hand the majority of the lead vocals to him, and establish a more solid identity for the band.

Unlike the gentler beginnings to their first two albums, Third Degree comes charging out of the gate with the high octane opener The Loss Inside, its heavy riffs balanced by a brighter and melodic chorus, and accented by a blistering Steve Morse solo. There’s a melodrama reminiscent of Muse running throughout the track More, the first advance song from the album that many listeners will already be familiar with. Whether you like that song or not (I do), it’s not something you can judge the album by. No two tracks on Third Degree sound the same. Cadence is another shift in style, a song of soaring beauty, and a contender for the best chorus on the album. Guardian continues the gradual unfolding of the more progressive elements, with the band adding to its addictive drum and bass intro and moving into an airy, dreamy middle section. In keeping with the less predictable nature of the album, the band then slowly and steadily build from a jam before the chorus returns. Portnoy propels the song and works his usual magic on the excellent arrangement – one of his unsung strengths.

Last Train Home, the first of the two long tracks, is the centerpiece here, with soulful vocals from McPherson, and a long, complex and proggy instrumental section with guitar and keyboards trading solos. Neal Morse toys with some alliterative lyrics during a jangly acoustic part, and LaRue’s always amazing bass tone shines through the mix (the guy has a fantastic presence). Destined to be a fan favourite, it’s hard to give too much praise to this winner of a track.

Geronimo is a funky, oddball track so catchy and hypnotic that the first time I heard it, I had to go back and listen to it again before moving on with the rest of the album. The band continue to shift gears with the ballad You Are Not Alone and the bouncy, straight-ahead pop rocker Love Letter, which calls to mind the Beach Boys, before the album closes with the eleven minute Crawl. This absolute cracker of a piece begins with a rainy day piano & vocal that is soon accompanied by the whole band as the song opens up and becomes increasingly energetic. Outstanding soloing and playing from everyone involved is on display through all its emotional peaks and valleys. An instant classic and a compelling way to finish the album.

It’s tough to predict the future for a band like Flying Colors. The fact that they were able to align their busy schedules to even make an album is noteworthy, but to have now made three in seven years is astonishing. I’d imagine it’s difficult to even get Steve Morse on the phone, much less in the same room for any length of time (on top of everything else, his day job happens to be lead guitarist for Deep Purple, a band some of you may have heard of), but somehow they’ve managed to make this a lasting project. These five guys clearly have a chemistry and a mutual respect, and one can only hope they are able to continue well into the future. Despite the excellence of the first two Flying Colors albums, Third Degree has proven the quality of their musical creations is still very much on an upward trajectory.

Available on a variety of platforms here. 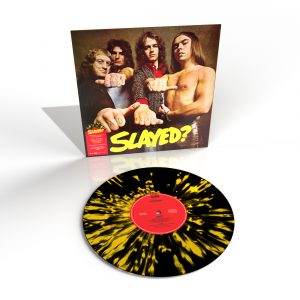