Now then, a new Scando Rock album with a difference! You could be forgiven from several recent reviews and interviews that virtually the entire rock scene in Scandanavia, and certainly in the hotspots of Stockholm, Goteborg and Jonkoping in Sweden, was sort of “newer wave Power Pop”. These guys in Grande Royale stand out from the crowd, they love their 70s rock roots and particularly a whole batch of strong southern influences.”Take It Easy” is the band’s new album, and it’s packed with great tuneful chunks of classic but contemporary southern rock, packed with juicy riffs, great lead licks, melodic vocals and thundering bass lines, with plenty of variety along the way – see the three official videos further down as proof!

They’re not afraid to mix things up either, adding a brass section, soul-based choir and vintage pop harmonies on their way. The opening track “Bring It Up” underlines this with some great brass backing (see first video). Other tracks to highlight are “Hands Up”, a completely different slower number with guest Tove’s vocals shimmering above the ballad. “Baby You’re a Fool” is another very tuneful slow ballad, before the promising “Sweet Livin'” and “Stand in My Way” underline their credentials and prowess for quality Southern boogie (see next two videos!). The album is very nicely mixed and produced by Ola Ersfjord, who previously worked with Swedish bands Imperial State Electric, Honeymoon Disease, Primordial, Tribulation and Dead Lord. The album artwork is made by Revolver Design that previously made cover art for Louise Lemon, Grand Magus and Nightrage.

The band is a classic four-piece, with Gustave Wremer on lead vocals and guitar, Andreas Jena on guitar, Johan Hall in drums and Sam Georgsson on bass, augmented by guest vocalist Tove Abrahamsson on two tracks. This is actually their fourth studio album, having been around since 2014 and formed in Jönköping, Sweden. Their debut was released that same year (“Cygne Noire”), followed by 2015’s “No Fuss – a Piece by Resolute Men”. The band focussed on touring until their first album for The Sign Records, 2017’s Breaking News. Following the release of that album, guitarist Gustav Wremer took over lead vocal duties in the band, to good effect it has to be said, although all the harmonies created by the band suggest they can all sing a bit! A live album, “Captured Live” came out in 2018, recorded during the Breaking News tour in Germany in 2018 and showcasing Gustav’s vocals. “Take It Easy” then brings us up to date.

In the early days the band had been doing all of the recordings by themselves, and also released the first two albums on their own, before going out and playing live shows all over Sweden, as well as in the U.K and Southern Europe. Characterised by energetic live shows, and tight performances, Grande Royale show more than a passing resemblance to classic bands like Lynyrd Skynyrd; and Tom Petty and the Heartbreakers, as well as up-and-coming UK bands like Anchor Lane, Collateral and Tax The Heat. They also remind me of one of my fav bands, 21 Taras (plug, plug… 🙂 )

All in all, a thoroughly decent chunk of southern rock – enjoy! 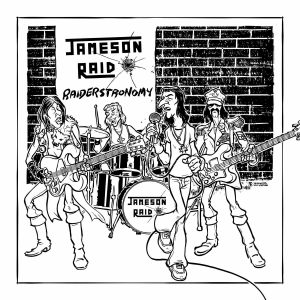