When Hart crashes into the ‘And as we wind on down the road…’ bit at the end, it’s a jaw-dropping, goosebumps moment…

Sometimes, you hear of a new project that just makes your mouth water, usually a collaboration between two or more of your favourite artists. The strange thing for me is how often it seems to include Beth Hart, arguably the best blues-rock singer currently drawing breath. When I heard of the album Black Coffee, in which she sings a range of blues covers accompanied by uber-axeman Bonamassa on guitar, I had to get hold of it, and when I did, I couldn’t stop playing it for days. And now this one has swum into my vision, in which Hart takes on the challenge of covering a number of Led Zep classics. Tribute albums are all very well, but if you’re a fan of the original material, then no matter how noble the attempt, they hardly ever measure up. Somehow though, the idea of some of my favourite rock classics being shredded through Beth Hart’s vocal pipes was irresistible – and once again, she has absolutely nailed it to the wall.

Incredibly, the idea nearly didn’t make it to the starting blocks – it was the brainchild of producer and guitarist Rob Cavallo, who had worked on Hart’s 2019 album War In My Mind, when she used Whole Lotta Love as a tonsil-warmer in the studio. He could see that Hart just had to sing the tribute album he had in mind, but she wasn’t keen – having fought and largely beaten various addictions and mental instabilities over the years, she didn’t want anything to rock the boat, as she describes: “To do Zeppelin, you’ve got to be pissed off to hit that right. I can’t go there; I’ve worked years to put my rage away.” Nevertheless, Hart just has to be on stage; it’s so clearly her natural habitat, and when the Covid crisis put every performer on the planet on hold, she had to find another outlet – and accepted the opportunity of channelling that rage into Cavallo’s project. The result is better than it has any right to be. The band includes Cavallo and Tim Pierce on guitars, Chris Chaney taking John Paul Jones’ place on bass, Dorian Crozier and Matt Laug taking turns on the drums, and Jamie Muhoberac on keys. Doug McKean does the engineering, with utterly superb orchestral arrangements by David Campbell.

Kicking off with Whole Lotta Love, the backing is a little alien, with the familiar grungy, rubbery guitar riff augmented by a string section, but it seems to work OK – and then Hart comes screaming in over the top, like the illicit offspring of Robert Plant and Janis Joplin, and suddenly you know everything is going to be all right. This is confirmed when track 2 kicks in, the mighty Kashmir, sounding exactly like the Physical Graffiti original in every way, orchestra included. It becomes apparent that the band is perfect for the role, with the ace session drummers matching John Bonham’s pounding, beat for beat. They even dare to have a go at Stairway To Heaven next, a sure-fire recipe for disaster – I have no criticism to make of the way Plant sang the original, but no, they even manage to land this one – the orchestral parts are surprisingly in-keeping with the spirit of the original, and Hart brings her own version of Plant’s languid style to the party. Jimmy Page’s solo is nailed note for note, including the guitar tone, and when Hart crashes into the ‘And as we wind on down the road…’ bit at the end, it’s a jaw-dropping, goosebumps moment.

Having wrestled three of Zep’s biggest hitters to the ground, they then tackle The Crunge, with it’s weird, proggy 9/8 time signature, then Dancing Days, both from 1973’s Houses Of The Holy. The latter is extended to over seven minutes by the inclusion of a truncated version of When The Levee Breaks. It’s a strange brew, because the tracks don’t sit naturally together at all, but the way either Crozier or Laug (sorry, I don’t have the track credits), whacks those skins in the Levee intro is pure perfection. It’s missing Page’s barely-controlled massive slide riff, which is a shame, but it works well enough anyway, and Hart’s vocals carry the short arrangement.

A massive highlight follows though, possibly the best track of the set for me, the classic Black Dog from Led Zep IV. It’s genuinely one of the most difficult rock tracks to play, with Bonham’s peculiar snare intros which resolve on the second beat of the bar, and Page and Jones’ insane synchronised riffs, where they keep adding extra half-beats and lagging behind the drums, then suddenly pulling it all back together – the band handle it all without a second thought, and the track could have been written for Hart’s voice. No orchestra in this one, which is probably wise, but I have to say, Campbell’s arrangements are sympathetic throughout and perfectly mixed, without overriding the songs at any point.

A bit of a change of pace for the ominously drowsy No Quarter, a true Led Zep masterpiece, segueing seamlessly into Babe I’m Gonna Leave You, three and a half minutes in. Most of Hart’s ‘rage’ went into this one, I think; I wouldn’t like to have been within throwing distance if anything wasn’t nailed down.

Good Times, Bad Times once again rests squarely on the brilliant drumming, then the album plays out on its only ballad, a prefectly-executed rendition of The Rain Song, again from Houses Of The Holy. Perhaps a bit more of this acoustic stuff might have been in order; if the Gods of rock’n’roll smile upon us, maybe there will be a second volume including The Battle Of Evermore and Going To California, then we can have Misty Mountain Hop and all the other stuff. All of it. This album is genuinely brilliant and I want more, and I want it now. 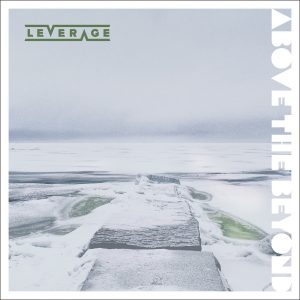 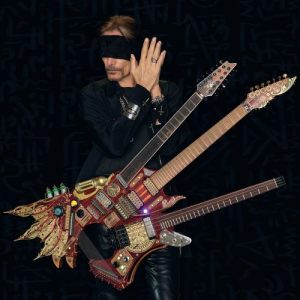