Amazingly, this current UK jaunt marks the 50th anniversary of Hawkwind as a band, which in itself is quite extraordinary. Of course, Dave Brock is the only original member left, and has been for 40 years, but it can easily be forgotten that drummer Richard Chadwick has himself been occupying the stool for 31 years. Newer members Magnus Martin and Niall Hone are tonight joined by guest for the tour Tim Blake, an old Hawk alumnus dating back to 1979, and before that also a member of Gong (under the name Hi T. Moonweed!), but it remains a thing of wonder that Brock continues to pilot the ship at the astonishing age of 78! Not only that, but on this showing the band are on something of a high following this year’s oddly titled All Aboard The Skylark album.

Last year’s outing had seen the band accompanied by an orchestra with arrangements by Mike Batt, but this incarnation is a much more stripped-down, space-rocking beast, with clear echoes back to what most would describe as their ‘golden age’ of the ’70s. Tim Blake adds a lot to this as, in addition to his presence bestriding the stage with his ‘keytar’ ­– managing the difficult trick of actually making that particular hybrid beast look cool – he also employs the Theremin to regular and excellent effect, creating those old ‘whooshing’ noises we know and love, and raising the memories of Del Dettmar and DikMik in the process.

Support band, as they were last time out, are Lancashire duo The Blackheart Orchestra, playing what is as close to a hometown gig as the tour will provide and going over very well. Comprising multi-instrumentalists Rick Pilkington and Chrissy Mostyn, they somehow manage to create their densely layered sound without recourse to any backing tapes and provide quite the visual spectacle in the process. The old-fashioned, circular design of this converted church venue provides a much better setting for their intimate sound than the open-plan, spacious Lowry Theatre that they played on the previous tour, and they fill the space with both their sound and presence, drawing people into the performance. Despite only having half an hour to impress, they resist temptation to overload the set with material from their rather excellent latest album Mesmeranto, breaking it up with raids into the previous record Diving For Roses and even earlier, and indeed one of those Roses tracks Sebastian is a clear highlight of the set, receiving a particularly generous ovation. Hawkwind have adopted the duo, and with good reason.

It’s often said, quite accurately, that one of the exciting things about watching Hawkwind perform is that you never know what you’re going to get

After an interval during which photos and details of local lost and stolen dogs are shown on the big screen demonstrating the band’s strong commitment to this very worthy cause, Hawkwind open with Motorway City, dating back to the Live Seventy Nine and Levitation albums, and Blake’s first tenure in the group. The opening track from the latest album, Flesh Fondue is next up – a rocked-up remake of Star Cannibal from the Church Of Hawkwind album (also from Blake’s time), it’s a great reinvention and goes down a storm, even if it is hard to understand the change of title. Only four tracks are played from the new record, with the shorter 65 Million Years Ago, the laid-back Last Man On Earth and the lengthy album closer The Fantasy Of Faldum being the others, as it is clear the emphasis here is on the band’s proud history.

Born To Go, from the seminal 1973 live album Space Ritual, is a gloriously unexpected blast from the space-rock past, and is even introduced by a variation on Bob Calvert’s Song Of The Gremlin, paying tribute to a fallen comrade as it were. Born To Go itself unfolds sinuously, visiting areas of deep space all too infrequently explored by latter day Hawkwind, and with the superbly complementary laser effects evokes an updated take on that old Space Ritual audio-visual experience. This is classic Hawkwind writ large, and proof that on their day, when they want to head down this particular astral avenue, still no-one can do it quite like the original Masters of the Universe.

With limited time available (so many albums, so little time), there is no room for anything from the classic Doremi Fasol Latido or Hall Of The Mountain Grill albums, but we do get the evergreen Assault And Battery/The Golden Void from 1975’s Warrior On The Edge Of Time and Spirit Of The Age from Quark Strangeness And Charm, both greeted like old friends, albeit ones which crash your party and smoke all of your dope! Space is even made for the genuine Hawkwind ‘greatest hit’ Silver Machine, surprisingly mid-set instead of as an encore, and it is the best they have played it in quite some time. With Chadwick handling the vocals, Blake’s Theremin soars and swoops majestically just as the original recording did those many, many moons ago, and it finally reappears as its stoned, immaculate self rather than the straight boogie number it is sometimes delivered as. Once again, we’re invited to Party Like It’s 1972, and most of the seemingly capacity crowd don’t need asking twice.

After the closing Right To Decide – a surprise from 1991’s Electric Tepee album – the band reappear for the inevitable encore. Magnus Martin approaches the microphone to announce that the acoustic guitar he bears is one which belonged to the late lamented Huw Lloyd Langton, and proceeds to introduce the next song as dedicated to ‘all of those who couldn’t be here, both band members and fans, because they have already passed’ before the band go into track one from the very first album Hurry On Sundown. It’s a beautifully done dedication, and with the sight of people silhouetted against the stained glass windows right around the balcony, surely many would have been remembering their own departed fellow-travellers. The song itself is delivered, by contrast, with all of the joy and abandonment it has always had, as hundreds of voices take up the words along with Brock and Martin. It’s a marvellous bookend to the band’s career, and perfect for the occasion, but there is still time for a lengthy, trippy-as-hell version of Master Of The Universe before it implodes into a final snatch of Welcome To The Future, and the band are gone.

It’s often said, quite accurately, that one of the exciting things about watching Hawkwind perform is that you never know what you’re going to get. From the sublime (the Space Ritual, Atomhenge and Black Sword epics) to the rather less so (Nik Turner’s insane antics at the turn of the ’80s, the bizarre decision to play behind a curtain in the early ’90s), there has never been a time when a Hawkwind show has been predictable. Tonight is not only one of those good nights, it is a genuinely great one. For as long as Captain Brock can continue on the flight deck, the Spaceship Hawkwind will always have an eager crowd ready to board – from the grizzled old veterans through to those younger faces whose parents or even grandparents must have bought those early albums. And so it should be. After all, that’s the Spirit of the Age. 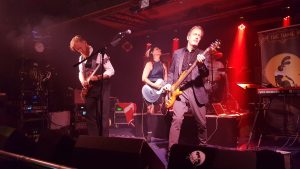 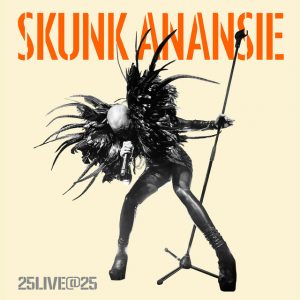