Solo guitarist Marco Angelo has just released a new video in tribute to the famous composer W.A. Mozart. His arrangement as a virtuoso guitarist revisits the classic Turkish March (Rondo Alla Turca) in a metal key.

Marco Angelo is an award-winning virtuoso guitarist from Vicenza, nicknamed the “Hooded Guitar“ for his mysterious hooded appearance. Well known for his solo project where his guitar riffs showcase his own compositions. He has released 4 studio albums and performs live all over the world. He also continues to collaborate and open for some of the biggest local and international rock and metal bands. For 2 years he toured all over the world, playing his best-selling album, called Stay Hooded.

He is also an ambassador for Mojentale Custom Guitars (an Italian guitar company) and Evidence Audio America, one of the most important American companies, producer of instrument cables. In November 2020 he publishes Hoodedlist. This is a special edition instrumental playlist, available only in digital format. Hoodedlist features the best songs of his “Stay hooded”. It also adds new songs, rarities, and guitar solos. It’s a very special album. A Stay Hooded spin-off. Hoodedlist consists of 11 songs that feature very different storylines. It’s an album with rock, metal, experimental vibe, and emotional music. 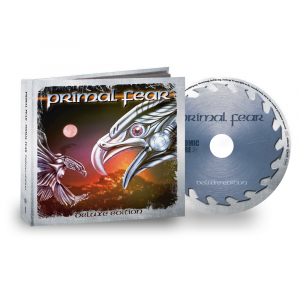