UK female rock band, THE KUT,  is confirmed to play and close the River Stage on Friday 17th September at the Isle of Wight Festival in UK. Other bands on the line up are: Tom Jones, Sam Fender, The Script and more.

THE KUT is now set to appear alongside her hard hitting collective of women in music at Isle of Wight Festival. They come with Top 10 Rock Album ‘Valley of Thorns‘ in tow and the fierce energy that’s seen them dubbed as ‘the revolution waiting to erupt‘.

Recently spotted at the Hyundai Mercury Prize event in Hammersmith Apollo, London, with bassist Svetlana Vassileva (Moby), whispers are circulating about new music in the making and a second THE KUT album. 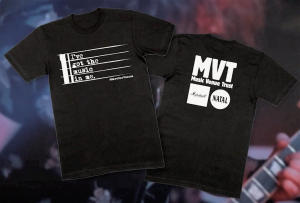