Following the success of their self-titled debut album, released last year on The Sign Records, Swedish retro rockers The Riven are back with a new tour planned for the Autumn. New material is also on its way, a follow-up album in the pipeline heralded by the release in August of a new double-A single – but one of these tracks, Moving On, is now available as a download. The Riven are massively influenced by the great bands of the 1970s and 80s, particularly folk like Europe, Kansas, Toto with a touch of Pat Benetar and Heart. They like their rock’n’roll to boogie!

Oddly, the four Swedes originally met and formed in London, before later relocating to Sweden whilst diverting to Madrid to record their first album – at Holy Cuervo Studios. The album’s success was built around a straight-forward appetite for classic rock with a touch of prog and psychedelia. It received great reviews and in the autumn of 2019, the band toured all over Europe in three separate headline tours around France, Germany, Spain, Switzerland, and Sweden, playing festivals like Muskelrock, Hellgart, Live at Heart and Skövde in Rock.

The Riven will release the 7″ double single Windbreaker / Moving On August 28 via The Sign Records, but as of Friday May 15, the first single Moving On is out on all digital platforms. 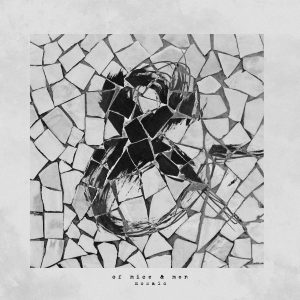 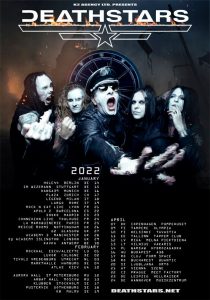 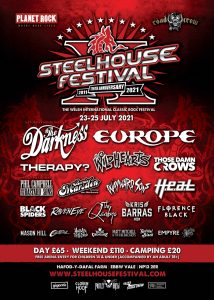