American singer/songwriter Aaron English has been a very busy man, taking his music to all over America, Europe, and Africa – where he founded a charity (International Youth Project). His latest release, Songs From Somewhere Else, reflects this diversity of influences. The songs largely reflect a sense of hope in a troubled world, and pay homage to English’s musical heritage. Hints of reggae, African tribal beats, and flavours of Paul Simon, the Police, and George Michael abound – including a reimagined version of “Praying for Time”. English also took liberal advantage of the guest artists he met along the way, adding wonderful texture and depth to his pieces. “Peace Be Upon You” intones the main theme in multiple languages, and is a virtual mantra of music. My personal favourite on this album is “Wingless Bird”, who longs in vain for the freedom of flight in the open sky.

For fans of world music, or those with an ear jaded by everyday pop music, Songs From Somewhere Else will give you a delicious hint of the exotic. English succeeds as a one-man band because of the range of emotion and depth of musical influence he accesses. He excels because he picks collaborators who complement his personal style. (www.aaronenglish.com or streaming via Bandcamp, iTunes, Spotify, Amazon, or YouTube) 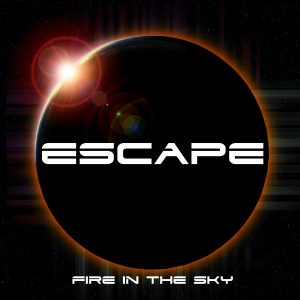 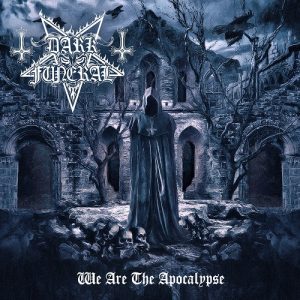 Dark Funeral – We Are The Apocalypse (Century Media Records)