Dawnwalker is an experimental metal band formed in London in 2012, featuring a revolving cast of musicians but spearheaded by lead songwriter Mark Norgate. Their music blends modern metal with melodic, folk and progressive influences into a sound all of their own. There are no two Dawnwalker records that sound the same, but each creates its own world with its own sense of place, characters and mysteries for listeners to immerse themselves in.

Their music blends the modern progressive metal of Opeth and Tool with the melodic folk and progressive rock influences of 1970s heroes King Crimson and Comus, not to mention heavyweight stuff like Hawkwind, Sabbath and more recent prog bands like Porcupine Tree and The Pineapple Thief. Fans of Steven Wilson will not be disappointed, nor should anyone else!

Ages has been described elsewhere as the “true follow-up” to 2018’s Human Ruins. I would venture to suggest however that it flows on from their Crestfallen EP, created in the Spring of this year, whilst in isolation from everyone and each other. A cast of collaborators was assembled across the UK – featuring members of Sacred Son, Pijn, Metasoma and Gold Baby – sending their parts back and forth via the internet. The EP contained six tracks of fresh, sometimes bombastic post-metal, occasionally gentle pastoral melodies, that were recorded in various home studios before being masterfully reassembled and mixed by Wayne Adams at the Bear Bites Horse studios in East London, UK. The result was a fresh blast of progressive metal, perhaps inspired by the new growth of spring, blowing the cobwebs away.

Ages sees the band building on Crestfallen, moving deeper into longer compositions and arrangements, they’re clearly not phased about creating 10+ minute prog-metal epics which twist and turn through different moods. Whereas Crestfallen had a sense of Spring-like optimism, Ages is a darker, more autumnal, affair (“Winter Is Coming”..), telling a story of a dying world, reflected against our own, and the warning signs which go unheeded day by day. Natural disasters, and human stupidity and greed, are causing forest fires, rises in sea level, starvation and predation, it’s not comfortable stuff! Musically, the album captures this mood, it’s largely pretty heavyweight Post metal / Prog metal in style, interspersed with and linked by bridge sections of folky, almost pastoral ambient-rock.

The performers in this incarnation of Dawnwalker are: Mark Norgate – Vocals, Guitars, Synths; Dane Cross – Bass, Vocals; Matteo Bianciotto – Guitars; Hugo Terva – Drums; Robin Melinda Koob – Vocals; and Caitlin Laing – Flute. Ages was recorded and mixed by Joe Clayton at No Studio in Manchester, England and mastered by Brad Boatright at Audiosiege in Portland, Oregon. The cover art is a painting by legendary Tolkien illustrator Ted Nasmith, and this does somehow echo a sense of foreboding and wonder – are the “elders” trying to hold back the waves?…..

The song-set is introduced with Melekh, a short instrumental that leads into the monster that is The Wheel. In itself though, it conjures the hot, arid feel of the desert landscape, which is entirely appropriate because Melekh is a hebrew/aramaic word meaning ‘king’…..a suitably widescreen opening.

The Wheel is a ten minute vision of the apocalypse, Mark’s lyrics vividly illustrating the huge forces that could be brought to bear by the earth in reshaping itself….It gradually builds in bombastic intensity, you could imagine this being the soundtrack to a film of nuclear fallout….It becomes brutal, with a huge, pounding drum beat underpinning wave upon wave of chords crashing relentlessly on the listener. The vocals are starkly clear, and while the music veers between a doomladen Hawkwind vibe and more recent Metal-work, it never loses your attention as gentle melodic bridge sections somehow add to the drama. The final “movement”, and I do think that’s the right compositional term for Dawnwalker, is so downright heavy you inadvertently release a pent-up breath when it crashes to a halt.

Hymn is a brief interlude, just over a minute of soporific synth and choral sound before….Ancient Sands batters you from the off with a crushingly Doomy black-metal chord progression, before again introducing changes in time signatures, clear vocals, scream vocals, searing guitar licks, huge chorale effects…its Prog, but not as you would normally know it, I do believe with this massive combination of sound and song, Dawnwalker have just invented Biblical-Rock! Ancient Sands is 12 minutes 42 seconds of epic sound-surround, every component of the instruments can be clearly heard contributing to the saga, which reads to me like something from the Book Of Revelations – the Serpent is alive and kicking…

Numi is another pause, punctuation, a percussive soundscape – almost designed to “cleanse the pallet” of the previous monster before the next opus commences… and so into Burning World, a slower but still momentously building a tale of hope amongst the ruination. There’s crashing chord-work and clean, floating melodies, the lyrics are semi-apocalyptic but still offering redemption – we’re still at the “eleventh hour”. The vocals are almost a backdrop, an intro to another quite biblically great riff which continues for some minutes. Although much darker, it somehow reminds me of the Zep classic Kashmir, albeit with black-metal growling. And here’s the point – I don’t particularly like doom, doom-metal, black-metal etc but I’m completely absorbed in this, it has an intricacy of composition that ensnares you!

“Colony. A Gathering” is another epic 11 minutes of musical construction, perhaps my personal favourite for its huge soundscape. It comes with its own gentle intro, a first movement which is a scene-setter, beautifully smooth, clear, vocals describing “the retreat of survivors” away from the fires and the waves to the mountain tops, it then morphs into an altogether darker vision of “them” being prey to others…this is driven by a truly majestic riff kicking in around 3.30 minutes, rising to a crescendo before another gentle bridge section – featuring flute! – enabling you to catch your breath before the third movement starts to inexorably build again – but its the whole band building this, drums and bass underpin the wall of guitar-led brick-building while leaving space for still surprisingly floaty melodic vocals. Synths come in to add to the tension – “walk on the black sand, mourn this dead land”, I suspect Mark has some worrying dreams!

This final movement, A Gathering, then hits an abrupt end, pausing literally for a swift intake of breath for the vocalist, before the album’s closer, The Cataclysm sweeps in, it again starts softly, a gentle melodic strain belying the loss of hope before another, elegaic, chord progression develops the cinematic sound-scape. This feels like the final denouement, a shorter but again Hollywood-sized conclusion to this epic saga. “Hear the wind, here it comes, hear the wind, it is done…”

Phew! Each Dawnwalker album that I have heard tells its own story, set in its own world. Ages sees the band get deeper and darker, working with longer, heavier compositions, but still tinged with and interspersed by a pastoral, almost folky ambient-rock vibe that contrasts with the heavier stuff and takes one back to some of the concept albums from the 70’s. But they don’t lose their sense of purpose like some of those earlier creations, Dawnwalker hold you entranced as the compositions unfold, building a real sense of mood and soundscape, and leaving you with a real sense of completion when it’s over. There is an orchestral sense of composition to the longer-form tracks here that is gripping from start to finish – well done!!

I’ve previously read elsewhere a description of this band as creating “the finest, and possibly the only, combination of shoe-gaze folk and a sprinkling of black metal” – a nice summation of an intriguing group of very talented musicians who I believe offer something for everyone. With Ages, Dawnwalker have gone way beyond that, developing a truly orchestral style that is mesmeric from start to finish. This band are addictive! 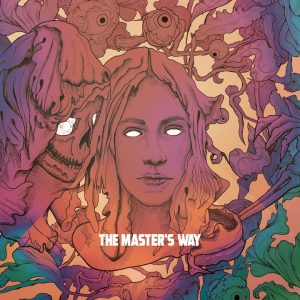