The American melodic rock band Unruly Child has always been renowned for supplying quality AOR albums throughout its oft times turbulent career but whatever the issues it has ultimately always been down to the music and on that front there has never been any issues; the attitude always seems to have been ‘you want rock, you got it’! Of course, the band has sailed troubled waters and have had several periods of inactivity since forming in 1991 with the first period lasting until only 1992 but it saw the release of the fine self titled debut showing a band in peak form with Marcie Free on vocals, Bruce Gowdy on guitar, Guy Allison on keyboards, Larry Antonio on bass and Jay Schellen on drums. Sadly, the band broke up but came back together again in 1998 and this time lasted until 2003. By then, there were a number of changes with Kelly Hanson and Phillip Bardowell coming in on vocals and Ricky Phillips on bass and it really did seem like a period of musical chairs. There was then a period of extended inactivity from 2003 until 2010 when the original band was resurrected and, thankfully, they have been a fully functioning unit since then and have released several excellent albums too. The life choice change that Mark Free took in becoming Marcie Free has been well documented and is not our business to comment upon other than the fact that the golden voice remains and is one of the main reasons why Unruly Child remain such a force in the AOR world.

.Now we come to the new album, Our Glass House, and the first point to be raised is that bassist Larry Antonio is no longer with the band and has been replaced by fretless bass of Tony Franklin (ex-Blue Murder, The Firm). However, this does little to change the Unruly Child core sound and Franklin has settled in seamlessly and has helped the band to produce another well crafted and perfectly delivered melodic rock masterpiece. Marcie Free again stands out with her delicious, powerful and exquisitely controlled voice that could shatter crystal and the work of Bruce Gowdy on guitar is simply perfect. He is a guitarist who is ever busy and is a man who has it all when it comes to skill set and he is so much more than a shredder too with his delicate and refined playing. Allison, Franklin and Schellen also put in stellar performances to make the latest version of Unruly Child a truly polished and dazzling diamond.

This truly is a band that is well known for delivering timeless melodic rock music that is big on harmony with fabulous and totally hook laden songs and equally comfortable be they anthemic stadium rockers or searing ballads. Old time fans of the band will no doubt go straight to the last two tracks on the album which are newly recorded versions of songs from the eponymous debut, the album by which all new material is measured. To Be Your Everything now features a full orchestral score and it is a gentler affair and definitely more of a love song than a power ballad and Marcie turns back the clock with a thrilling and compelling vocal delivery that is utterly gorgeous. Let’s Talk About Love is also toned down and becomes more of an acoustic version whereas the original is slick and very much in Def Leppard territory. It is fascinating to see different sides to these two great songs, in truth, they are still instantly recognisable but we just see them in a different light and the quality of the song writing is evident by the fact that some 28 years later they are still just as vibrant and relevant as when first recorded. Class remains a permanent feature and this band has it in abundance! 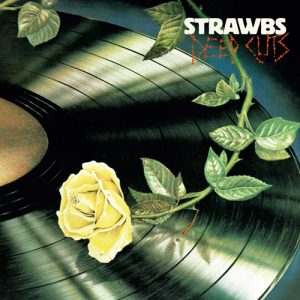