The band Eternal Idol was put together as a project by singer Fabio Lione, who will be known for his work with Angra, Kamelot and Rhapsody Of Fire, and the female operatic vocalist Giorgia Colleluori of Hollow Haze. The debut album The Unrevealed Secret was released in 2016 and the contrasting style of their vocals blended perfectly together and gave the band a rather distinctive sound and edge. This combination of classic metal and operatic voice seems most common these days but it still has the power to thrill and it is nice to hear something that is just a little different to the mainstream symphonic/power metal approach.

The debut was very much in Kamelot/ Avantasia territory and followed the usual bombastic and orchestral route as each song hit hard with perfectly twinned voices and some amazing interplay between the Hollow Haze pairing of Nick Savio on guitar/keyboards and Camillo Colleluori on drums with bass courtesy of Andrea Buratto (Secret Sphere).

I didn’t think we would have to wait four years for the next instalment but finally the new album is here and it is a surprise as there have been a few changes within the band. Giorgia Colleluori has gone and has been replaced by Claudia Layline of the rock band Serenade and drummer Camillo Colleluori has left too with his place is now filled by Enrico Fabris. In many respects, this album is a continuation of the brilliant work that began with The Unrevealed Secret as Fabio Lione again shows just why he is so highly regarded as a rock vocalist and they have done really well with the recruitment of Claudia Layline as she is another operatic rock vocalist and can switch from full on classical mode to symphonic rock diva at the drop of a hat, what a powerful voice she has and she has immediately made the place in the band her own and, again, is such a complimentary singer for Lione to work with. Lione provides most of the lyrics and vocal melodies with the mercurial Nick Savio providing the songs and arrangements as well as playing the rock god quite brilliantly and his licks are so immense and enthralling. Savio has also produced the album with fellow guitar legend Simone Mularoni (DGM) on mixing duties. The music is extravagant symphonic metal and is as bombastic as any Rhapsody/Rhapsody OF Fire album and equally as intense.

This is one of those albums that deliver something new each time it is played and the combination of Lione and Layline is immense and probably the nearest thing you will ever get to a symphonic power metal ‘Phantom Of The Opera’. The songs are epic, vocals similarly so and the guitar playing on another level entirely. The band may have changed a little but the dynamic within the group seems to have improved which goes a long way to making ‘Renaissance’ a worthy successor to ‘The Unrevealed Secret’ and will further cement their place at the top of the symphonic rock hierarchy. 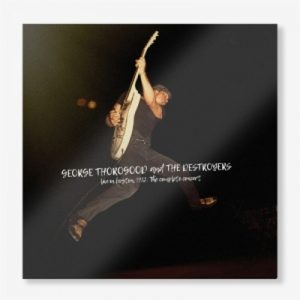 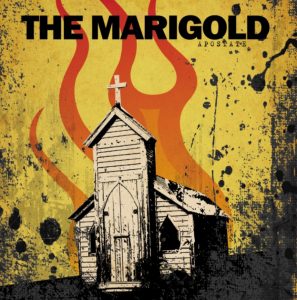