Gus G – or to give him his real name – Konstantinos Karamitroudis, is most certainly building up a huge reputation as a metal guitarist of the highest standing and this Greek musician has a CV than is truly mouth watering. How incredible must it be to casually drop out in conversation that you have performed on record or live with Ozzy Osbourne, Mystic Prophecy, Nightrage, Arch Enemy and Dream Evil as well as having your own successful band in Firewind and an attractive solo career too. If you then add his innumerable guest performances too then you can see that he is one hell of an influential musician.

It would be a surprise then if you did not know of him nor had something of his in your record collection and if this is the case then this should be rectified immediately. Quantum Leap is his fourth solo album and, I think, first instrumental release. His last solo record was Fearless which he released in 2018 and was an amazing hard rock album which saw him combine his prodigious talents with those of Dennis Ward (Pink Cream 69/Unisonic) on vocals/bass and Will Hunt (Evanescence/Black label Society) on drums to make a virtually perfect power trio. The Covid pandemic prevented Gus G touring in support of the new Firewind album of 2020 so he began work on this new record with the intention of playing all guitars, bass and keyboards and programming drums but the project grew a little with Ward coming in on bass and drummer Vincent Velasco was also conscripted to the team.

This new team line-up has now brought us Quantum Leap which features eleven new songs that Gus G has either freshly written or are from ideas that he has compiled over the years. I think it is probably safe to say that this album would not have been recorded if Covid had not been around but it has given him a chance to resurrect some old ideas and for us to see a slightly different version of Gus G the musician. For sure, there are plenty of trademark Gus G solos, licks and riffs but the fact that it is an instrumental album and it has changed the dynamic of the band as there are no vocals to give it a narrative so the music itself has to tell and lead the story or concept and Gus G has most certainly compiled a thrilling set of songs that keep you absorbed in the music throughout. Of course, it is primarily a heavy rock album with plenty of shredding with Ward and Velasco working harder than ever on bass and drums but there is plenty of melody too as Gus and band experiment just a little by adding elements of prog, power metal and even a little blues. I guess the album will draw the usual comparisons with Steve Vai and Joe Satriani plus Michael Schenker for good measure and it is definitely in that territory but it is also distinctly Gus G even without vocals yet the album works and works perfectly.

There is a bonus disc too with just over 30-minutes of Gus G live in Budapest but there is little information on this so I’m assuming he is playing with Dennis Ward and Will Hunt and yes this extra disc does feature vocals. It’s a pretty neat set but I wish it had been a little longer but we have to accept what we are given. It must be a relatively recent live performance as there is a cover of the Dire Straits classic Money For Nothing which also featured on the Fearless album so it must be a pre-lockdown gig. Quantum Leap is a great instrumental rock album on which we see a different side of Gus G which is redressed when he reverts to type on the bonus disc but listen to Quantum Leap first to see a wonderful guitarist in full flow, it is an unexpected album but a most delightful one to savour and relish. 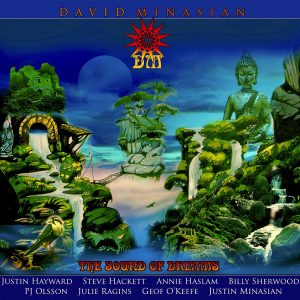 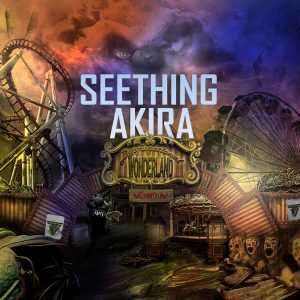